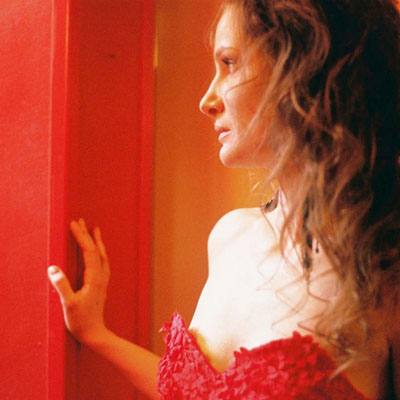 Frederikke Bohr is a Danish singer and songwriter, born in 1986 outside of Copenhagen, Denmark. Growing up with music all around her in a creative environment, she was singing and performing music and theatre from an early age, along with the other children in the community where her family was living. Frederikke listened to different records at home, from classical music to Aretha Franklin and Whitney Houston. She immediately fell in love with these singers and their music, and she would sing the songs of her favorite artists all day long, accompanying herself on the family’s grand piano, taking her singing skills to a high level.

Ten years old she was accepted into the Children’s Choir at the Royal Danish Academy of Music in Copenhagen and throughout her time here, she performed at many different stages and festivals in and out of the country, in a varied Classical repertoire, later on also frequently as a soloist.

She spent most of high school and the following years at musical prep school and the Rhythmic Music Conservatory in Copenhagen searching for teachers who could inspire her and give her the knowledge she was craving. After searching for and looking into international schools, she came across Berklee College of Music in Boston, US. She then spent a year applying for grants, at last receiving sufficient funds to travel to Boston to study at the renowned music college from 2012-2013, while on a leave from her studies at the Rhythmic Music Conservatory in Copenhagen. She thrived in this creative and open environment with great mentors and talented students from all over the world. While in Boston she entered the August edition of the Massachusetts Solo Artist Awards presented by the US-based agency Bridging the Music, performing her own songs, and was selected winner by the audience. Some time after returning to Denmark, she finished her studies at the Rhythmic Music Conservatory and graduated with a Master’s degree in June 2015.

Over the past many years she has given concerts with her band, both in her home country and abroad. She has been to New York City several times to perform, among other places at The Village Underground and Ashford and Simpson’s Sugar Bar. Frederikke Bohr writes songs with strong inspiration from the roots of Soul, R&B, Funk, and Jazz. She is always deeply immersed in her material on stage and that results in intense live performances, where she engages the audience with authenticity, honesty, and passion for the music.

Frederikke Bohr is a charismatic singer who stands alone in front where she creates an energetic as well as vulnerable universe, carried by her unique and powerful voice.

She released her debut EP “Unbreakable” consisting of six songs in May 2018 and she is now playing concerts in the Copenhagen area. She is planning to tour in the rest of the country as well as abroad in the near future.