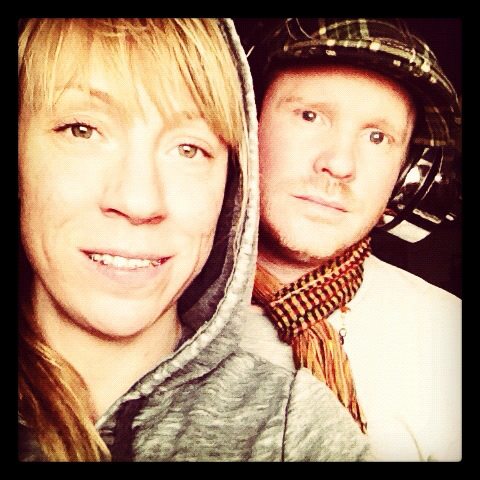 Linn & Freddie first met each other in the studio back in 1998.

Later Linn sang on the track ‘On My Way’ on Freddie’s EP ‘Moving Amongst The Madness’ (2003). They became good friends and kept on working together in the studio on and off simply because they enjoyed it so much. The collaboration resulted in the four-track EP ‘Wonderlust’ (2004) and after that two songs on Freddie Cruger’s album ‘Soul Search’ (2006).

Now it’s time for the Linn & Freddie album ‘Waiting For Spring’. All songs are written, arranged, produced and mixed by the two of them and was made out of pure love for good music.

Try to get your hands on this [Waiting For Spring] any way you can! – Soulbounce.com

Fredrik Lager aka Freddie Cruger aka Red Astaire is known worldwide as a DJ and producer. His many 12″ vinyls, including the underground hit record ‘Follow Me’ (remix of D’Angelo’s Left And Right), have reached DJ bags all around the globe. His album Soul Search (Raw Fusion, Tru Thoughts, Ubiquity 2006) featuring artists such as Anthony David (US), ADL (SWE), Desmond Foster (SWE) has also been found by music lovers all over. He is currently working on making new music and to establish his own Homegrown Records imprint.

Linn Legolson is a singer and songwriter from Stockholm with a background in gospel and jazz music. She has worked with many artists, songwriters and producers such as Omar, Don-E, house producer Rasmus Faber, James Poser, Rashaad Smith and Steve ‘The Scotsman’ Harvey to name a few.

You can find her on the 12″ vinyl ‘Available’, a soul track by her and Don-E (UK) (Jugglin’ 2004). She also appears on The Everyday People Project with Steve Harvey and on two albums by Danish hip-hop collective Nobody Beats The Beats.