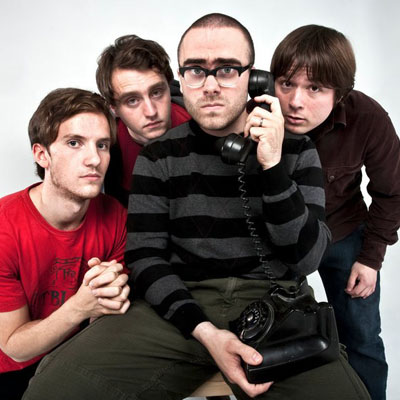 Since 2007, Reykjavík-based quartet Moses Hightower has been in the vanguard of Icelandic soul, its output “unlike anything else in Icelandic music” (Fréttablaðið). The band has performed sold-out concerts at venues big and small, released two critically acclaimed full-length albums, and received Icelandic Music Awards along the way.

Starting out as the live band for solo chanteuse Dísa, the group soon received considerable airplay with the smooth, plain-spoken single that would later become the title track of their debut album, Búum til börn (which translates as “Let’s make babies”).

In July 2009, the band headed out into the countryside to cut the album’s 10 tracks. Sound wizard Magnús Øder (Benny Crespo’s Gang, Lay Low) was brought along as producer, and once all sessions were wrapped up in March 2010, he took on the job of mixing the album. Self-released on July 5, 2010, the result was a dynamic, groovy cocktail of ‘70s soul with a hint of neo-soul and dub, all set to Icelandic lyrics that projected the same relaxed, feel-good vibe as the music. Quickly carving out a steady presence near the top of national radio charts and garnering universal accolades from critics, the album enjoyed strong sales and earned nominations for the Icelandic Music Award 2010 for Best Album and Best Lyrics. The band closed its summer in Iceland with a series of packed concerts, featuring an expanded line-up of live brass and backing vocals.

2011 saw more demand than supply of live performances, as the band’s mutual time in Iceland was largely devoted to writing new material, including a collaboration with hip-hop aces Forgotten Lores. A few gigs were squeezed in, though, where material from Búum til börn was reworked in a stripped-down, acoustic setting.

From December 2011 to June 2012, in Reykjavík, Berlin and Amsterdam, the band recorded their sophomore effort, Önnur Mósebók (lit. Second Book of Moses), again with Magnús Øder, largely on analog tape in his studio Orgelsmiðjan. The 10-track album found the band taking the debut’s original, soulful vibe into more adventurous territory, sonically as well as lyrically. Owing largely to the popularity of the advance single Stutt skref, which resided at and near the top of local radio charts for the better part of spring and early summer, the new album debuted high in the national charts when released by Record Records in August. The next single, Sjáum hvað setur, took Stutt skref’s chart success a step further and spent 8 weeks in the top 10 of the combined chart of Icelandic radio airplay and online streaming, topping the state radio chart for two weeks, while the band supported their new release with a busy concert schedule around the country. The third single, Háa c, bested its predecessors, spending three weeks at the top of the state radio chart, and 14 weeks on the chart in total.