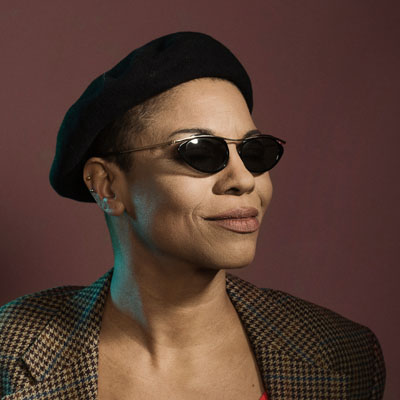 Willis contributed vocals in London, United Kingdom in 1985 with Washington Week In Review. Prior to that, she was a member of The Hello Strangers and Blue Period with performances at Munson Diner and Danceteria’s No Entiendes, based in New York while working at night clubs Berlin and Danceteria. She then toured with The The as a backup and lead vocalist in 1989. Nicole Willis was the lead vocalist of the nu-soul group Repercussions. Singles and albums were released on Mo’ Wax, Reprise/Warner Brothers USA, Pony Canyon Japan. Producers of those records include Nicole Willis, Gary Katz, Daniel Wyatt, Genji Siraisi, and Gordon Clay. The single Promise Me Nothing from the debut album of Repercussions LP Earth and Heaven, peaked at number 6 in the Hot Dance Music, Club Play chart of Billboard magazine on 18 March 1995.

Together with the legendary Curtis Mayfield, the band recorded a version of Mayfield’s Let’s Do It Again in which Willis sings a duet with Curtis Mayfield in 1995 released on Reprise/Warner Brothers Records. Willis has collaborated with Leftfield singing and writing lead vocals for Swords on the Rhythm and Stealth LP in 1999 on Hard Hands/Higher Ground/Sony BMG Records, which was also featured on the soundtrack for the film Go released 1999. Willis has sung lead vocals to the track Call Of The Wild on the Jimi Tenor album Out Of Nowhere in 2000 on Warp Records.

Willis collaborated with Nuspirit Helsinki, with writing and vocal on the track Honest from the self-titled album Nuspirit Helsinki released 2002 on Guidance Recordings. Willis also wrote and sang vocals on the track Are You Ready To Party? with Mr Comicstore in 2006 on Mamushi Records. Willis has contributed lead vocals to the Shawn Lee track Jigsaw featured on the album Soul In The Hole released in 2009 on Ubiquity Records.

Willis graduated with a Bachelors of Fine Arts from her studies at Lahti Institute of Fine Arts with professor Markus Heikkerö in Finland, and Erasmus studies at Sir John Cass Department of Art at the London Metropolitan University in the United Kingdom, in 2009.

Willis’ concentration in her studies were oil painting, time-based media and performance. Willis collaborated with artist Sophie Calle for her installation Take Care Of Yourself with a performance in time-based media in 2007, which exhibited at the French Pavillion of the Venice Biennale in 2007. Willis also contributed vocals to time-based media performance Rinologia of Barcelona based artist group Los Rinos who are artists Marcel.lí Antúnez, Pau Nubiola and Sergio Caballero. Rinologia was performed at the BEM Festival in Burgos, Spain in March 2007.

On Sähko/Puu Recordings, Willis released her first solo albums Soul Makeover 2000 and Be It 2003. On those solo records, Willis collaborated with producers and songwriters such as Dharma One, Ercola, Nuspirit Helsinki, Jimi Tenor and Maurice Fulton. Willis and Tenor remixed Op*l Bastards single Funking in 2001 on Form and Function Records. In 2005 Willis collaborated with the Soul Investigators and released Keep Reachin Up on Helsinki’s Timmion Records, produced by Didier Selin. The album has been since released in the United Kingdom on Above The Clouds Records, France, Benelux, Denmark, Spain and Italy on Differ-ant, USA and Canada on Light In The Attic Records. Their song Feeling Free was chosen 2006 Worldwide Winneron the Gilles Peterson’s BBC show.

Nicole Willis’ soulful voice is one of a kind, and her lyrics are full of insight, whereas The Soul Investigators are known for their unique sound that combines late 60s styled funk and soul, and also for their undisputed skill of writing great music. The Soul Investigators have played together since 1998, and they have released a number of singles with various vocalists and also instrumentally. Ms. Willis has an amazing ability to find melodies that fit perfectly the band’s tunes. The collaboration works like a charm, which can be heard both live and in the recordings. Their music is timeless – it never goes out of fashion and yet it’s constantly evolving. This combination makes them sound fresh and modern.

The debut album “Keep Reachin’ Up” was released in 2005, and it was a critical success especially among soul enthusiasts all over, domestically and abroad. It was among the first records to start the retro-soul movement. The hit single “Feeling Free” was chosen the “Track of the Year” by the renowned music connoisseur Gilles Peterson in his World Wide Awards in 2006, “Keep Reachin’ Up“ was also selected as the “Urban Album of the Year” by Mojo Magazine.

Another hit single from the album “If This Ain’t Love” reached the charts in Finland and gained “modern classic” status in the Northern Soul scene. After the album was released Nicole and the band performed continuously in Europe. In the following years, the record was also been released in France, UK, Japan and North America. In early 2012, the president of the United States Barack Obama picked the title track on his re-election campaign’s official Spotify playlist.

Songs such as “Break Free” and “Time To Get Business Straight” get people to dance all over the globe while they perform it live with energy so distinctive for the group.

Later on, in 2013, The Soul Investigators released an album with a California duo Myron & E on Los Angeles based Stones Throw Records. The band toured with the duo last few months of the year in Europe, the very same venues they’ve been visiting with Nicole Willis for so many years.

In 2014, after touring hard in Europe and making their live debut in North America, Nicole Willis & The Soul Investigators got back into the studio and composed a new album called “Happiness In Every Style”. It will be released by Helsinki’s own Timmion Records in October 2015. It’s their third album together and compositions and producing were made together by Nicole and the band from start to finish.

In addition to the album release, Nicole Willis & the Soul Investigators will be getting back on stages across Europe and performing songs not only from “Tortured Soul”, but also from their debut and the upcoming third album.

Hits such as “Feeling Free” and “Holdin’ On” will be accompanied by new tunes such as “Let’s Communicate” and “Together We Climb” to keep the crowd going across venues and festivals around the globe.