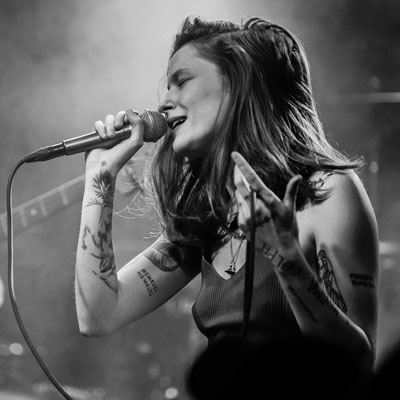 Since she released her first single “Kind of Lonely” on Soundcloud in August 2018, 24-year-old singer and songwriter Selma Judith has gone strong. On October 18, she will play her first headline concert ever, in which the audience will be immersed in the absolutely magical R’n’B universe of soft beats, expressive lyrics and Selma’s amazing harp playing.

Since she was very young, Selma Judith has sung rhythmically, but she was always frustrated not to have learned to play a classical instrument from a child’s legs. When she was about 15, she decided to learn to play the harp. Partly it was the inspiration from Joanna Newsom, whose universe of fingernails and intelligent compositions she could dream away from, and partly the love of the magical sound of the great instrument. When she began writing her own R’n’B songs, it was obvious to her to integrate the harp into this universe, and she found out how well the sound of the harp complements the production of the rhythmic songs. She has since appeared with acclaimed artists such as MØ, VERA, The National and Phlake.

In the wake of her debut single, she also received her first Politiken Ibyen cover in October 2018, was nominated for the “Future Award”, and was part of Vegas Featured 2019 and “Breakin´Sound 2019” at Soundvenue.