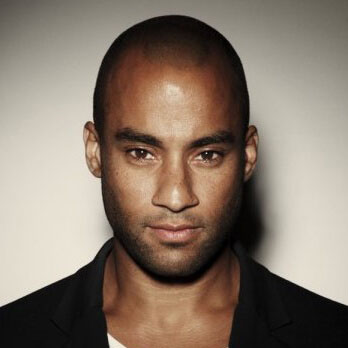 Not sure if/ when he will release more music

Swedish Alternative Soul recording artist Stephen Simmonds, son of a Jamaican musician Father and Swedish Mother was raised in the south of Stockholm, the United States and Israel.

After completing a high-school education at the Stockholm music school Södra Latin, Swedish producer Peter Cartriers heard of Stephens talent in 1995 and invited him to his studio in Stockholm where they made a demo that first attracted the attention of a Swedish indie label and then secured a record deal with the UK major label Parlophone/EMI Music as well as Priority Records in the US.

Stephen wrote and Peter produced Stephens first critically acclaimed and 5 times Grammy-nominated album “Alone” (the album was re-mixed and re-named “Spirit Tales” for his UK and US release) and Stephen Simmonds had his breakthrough in 1997 with the hit “Tears Never Dry” a duet with Swedish superstar Lisa Nilsson that quickly became the most played track on radio that year.

Since then his talent has brought him to the US and the UK where he has collaborated with renowned artists such as Raphael Saadiq, Masters At Work and Mica Paris.

His US release “Spirit Tales” was highly recommended by Prince and the New Power Generation on their official website. He has performed for Stevie Wonder and Amnesty and he is the only Swedish artist who has been reviewed in the Quincy Jones founded Soul and R&B bible Vibe Magazine.

Stephen is now 31 years of age and for the release of his third album “This Must Be Ground” he has started his own label For Father Recordings and through a leading distributor got the album out in Scandinavia during 2004/early 2005.

“This Must Be Ground” is a strong album lyrically and musically. With songs such as “Goodwill”, “Mother Mary” and “Killing & Religion” the goal was to blend Stephens strong world conscious lyrics and music with creative and genre-transcending production by Sweden’s finest.

To achieve this Stephen has worked with the young, up and coming Swedish producer Alex Papakonstantinou as well as childhood friend Arnthor Birgisson ( Alongside Max Martin and Rami he is one of Sweden’s and the worlds top producers and he has worked with Westlife, J Lo, Celine Dion and Ricky Martin among others.)

“This Must Be Ground” is an album unique with its blend of daringly personal ballads and furiously dance driven up-tempo tracks.