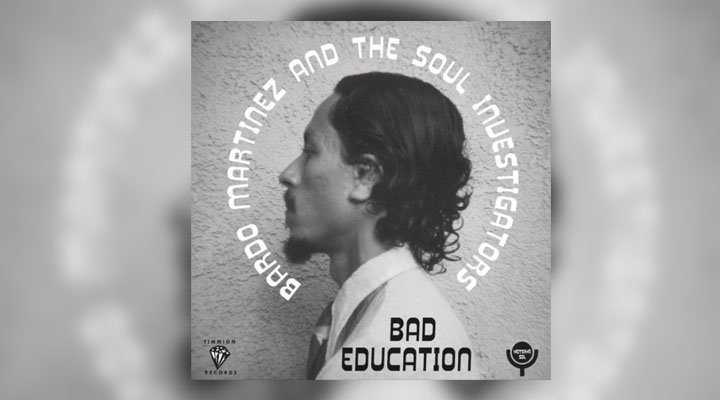 An intoxicating mix of Latin vibes with an afro soul groove that certainly satisfies.

‘Bad Education’ is the forthcoming single by Bardo Martinez and features the incredible Finnish band The Soul Investigators with Ernie Hawks. The result is an intoxicating mix of Latin vibes with an afro soul groove that certainly satisfies.

The single is a collaboration between Timmion Records (FIN) and Yemayá Sol Records – the brainchild of Bardo Martinez (lead singer of Chicano Batman).

Influenced by the likes of Joe Bataan and Ray Barretto, the horn-laden track evokes the classic Afro-Latin soul sound from New York suburbs. The sweet flute, laid by Ernie Hawks dances like a flame accompanied by the harmonious voices of a new generation.

Describing the single Timmion records say ‘Martinez provides a fiery indictment of educational institutions, defining them as a mouthpiece to the military-industrial complex. The music and the socially conscious message flow together packing a punch that gives it to the man; necessary now more than ever!’

Released on 7″ vinyl – August 11, these copies are already in high demand and vinyl lovers would be wise to pre-order.

File under must have!