For us at scandinaviansoul.com, the term ‘Scandinavian soul music’ can be described as music which is a direct reflection or interpretation of original American soul, and those artists who stray far from it whilst retaining an essence of ’soulfulness’.

It’s the wonderful diversity and uniqueness of sounds we’ve discovered in the Nordic regions that makes listening so exciting, fresh and thoroughly enjoyable.

Danish band Furns, who were nominated for several Scandinavian Soul music Awards, again release a single that pushes soul music in a new direction and continues to represent the ‘future sound of soul’- Scandinavian style.

The duo’s (Monika Faludi and Mathias Dahl Andreasen) similarity to Quadron is an easy comparison to make however, Furns are also rightly establishing themselves with the broader, new direction soulful music has taken.

On August 18, 2014, we wrote: ‘This is a band really worth closing your eyes and taking a listen to!’ … Now we suggest you open your eyes too.

Forever Yours is simply a brilliant track, and Furns are a band you really should know. 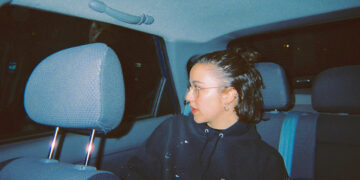