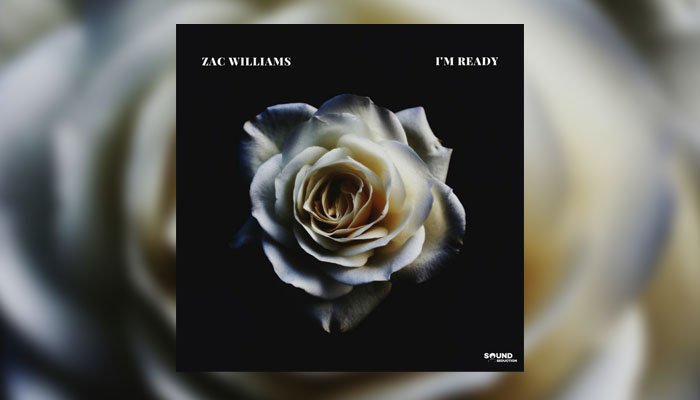 Young, multi-instrumentalist Zac Williams roots sit firmly in the rich soil of soul, funk and R&B. He explores them all in his six-track EP – I’m Ready.

If R&B icons like Jodeci, Genuwine and Avant are going to inspire you, then your heartfelt expressions must be real, smooth and incredibly seductive. The combination isn’t easy to emulate, with many artists seduced by the image and quickly sink under the status of ‘wannabe’. Luckily the same cannot be said of Danish singer Zac Williams.

Produced by Zac, the reverb vocals and alluring lyrics like ‘we don’t need no bedsheets to cover us up‘ establish a steamy atmosphere, with Nay Ruby adding a faultless cameo. The harmonica, introduced with finesse adds the extra layer to this delicious track.

The production on Dynamite (feat. Typeo) is first class, with a tight commercial appeal.

Pop and groove-filled it’s the perfect upbeat track to use to test speakers and headphones before you buy.

For me, the high standard of the openers slip with the confused – Love is Right before the dreamy vocals of Nay Ruby re-ignites my ears and normal service returns with a soulful ballad – Wide Open. Nay Ruby is a name to keep note of.

Again, though not for me Zac invites us to shake our ‘Booty’ on the track Booty (feat. Typeo) while demonstrating his impressive verbal dexterity in both English and Spanish. The EP rounds off with another fine version of Dynamite (Feat. Typeo).

Just like the cover art, adorned with a single white rose, Zac reaches out to us with a kind gesture without evoking all the connotations of red. The EP does as intended and is an intriguing and satisfying sample palette. If he drops an album in one direction it could be the start of a wonderful relationship.

Tracks you shouldn’t miss this January!