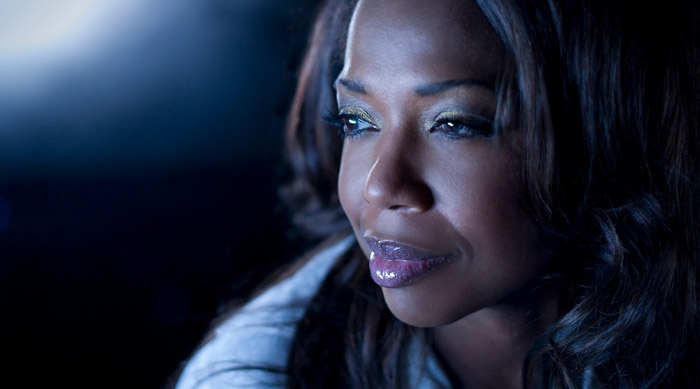 American singer LaGaylia Frazier came to Sweden in 2001, and quickly became known for her strong voluminous voice and her fierce energy.

LaGaylia’s collaboration with Robert Wells in ‘Rhapsody In Rock‘, TV appearances on Så Ska Det Låta, Körslaget etc., combined with performances in the Eurovision Song Contest and in the musical West Side Story, have brought her much admiration by many in Sweden, and the collaboration with the jazz group, The Jan Lundgren Trio, has drawn international attention.

In 2007, her debut album ‘LaGaylia Uncovered‘ was released on her own label TBG (That Black Girl), and in 2010 LaGaylia won the Anita O’Day prize (Swedish Jazz Award).

In 2011 LaGaylia started a musical workshop, where she visits Swedish music schools to inspire students in finding their musical expression and unique stage language.

So, after 20 plus years in show business, LaGaylia said she thought it was time to get personal and real with the music that had inspired her and show what she is really about musically. With a stripped-down production, the EP was recorded during three intensive days in a small studio in Stockholm. Inspiration was found in everything from Prince to Stevie Wonder to Portishead.

Check out her new video below, and listen out for more of LaGaylia Soul in Scandinavia!