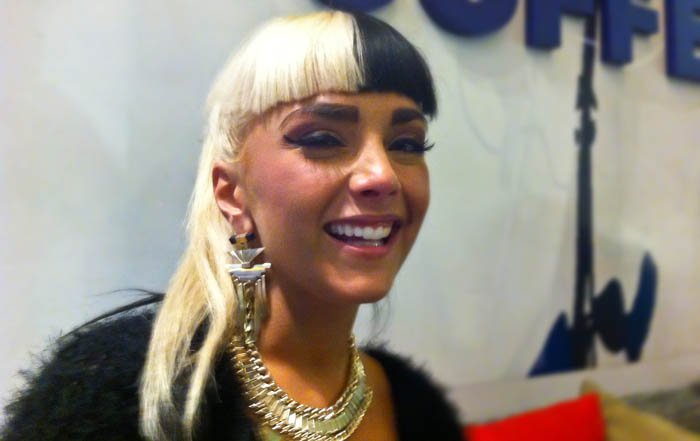 A quick Coffee with Kara

So there I was, talking to a Hungarian songwriter, when in walks the stunning Swedish soul/blues singer Jasmine Kara, dressed in leopard skin, and says….

You could easily think that this was the opening to a bizarre dream or the start of a strange joke, but it actually happened.

It was, in fact, I who went over to Jasmine as she sat enjoying an afternoon ‘Fika’ (coffee break) in a coffee house in Medborgarplatsen, Stockholm. I tend to choose this cafe in particular as they frequently play Scandinavian soul artists like Kinny and Philip Owusu on their in-house music system.

To be honest, I shouldn’t have been surprised by her sudden appearance, having only recently shared a coffee with the charming singer Nataneal, who also happened to come by the same cafe. Stockholm is a large city, yet smaller than you may think, so there’s always a chance of seeing a face you recognize.

It’s not hard NOT to recognize Jasmine Kara, though…

The petite singer looks a like a star and simply exudes charisma with her striking two-tone hair, dazzling gold necklaces, and skin-tight leopard print leggings.

I’m totally ill-prepared for an interview, but as my meeting finishes I decide to invite myself to join her at her table to talk about life and her music. Actually, it’s only when you’re close to her do you suddenly realise just how striking her eye colour is, too.

Since the release of her album ‘Blues Ain’t Nothing But a Good Woman Gone Bad’ in 2010, Jasmine really has become a star in Sweden, having performed at the Royal Wedding of Victoria, Crown Princess of Sweden, and Daniel Westling, participated in Allsång på Skansen, and gained a large global recognition in the US, UK, and Japan.

Andy: Were you surprised with the success of Blues Ain’t Nothing But a Good Woman Gone Bad?

Jasmine: Yes. I mean, it’s not mainstream if you listen to it; it’s very different to what’s on the radio right now and we didn’t expect things to happen to it. But what was good was I released my autobiography in the same month as the album, and in my book you can also read about my story which added another dimension and kind of made it [my music] explode.

Jasmine’s book Hälsa henne att hon ska dö (in English, Tell her she will die) describes an abusive relationship during her teenage years and during her childhood. Kara has used music to overcome negative feelings and translated it in Blues.

A lot of positives came out of it, she continued. 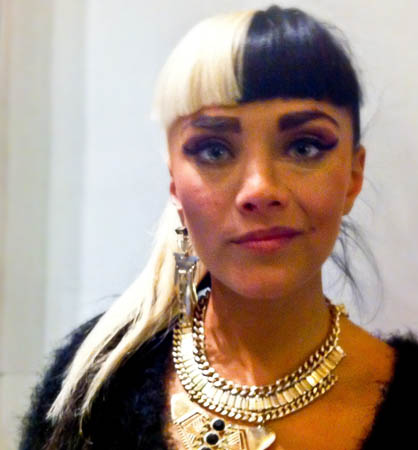 Most soul artists in particular travel abroad to be discovered, but you were discovered here first, right?

Yeah, Sweden was first, after the TV show, and then I was everywhere and even though I had a strong identity with my voice, people started questioning how that crazy hair could go with the Blues. Amy Winehouse’s style matches her music, but mine didn’t.

Tell me more about your style. Is there a hidden meaning – are there two sides of you?

My mum is from Sweden and my dad is from Iran, so that’s one reason, but also I have two personalities. One on stage, and one off stage. On stage, I’m a real bitch. When I’m on stage, I don’t know what happens which is why I named the first album Blues Ain’t Nothing But a Good Woman Gone Bad. When I’m off stage, I’m always smiling and laughing all the time. I’m innocent as hell!

Then one day, I just decided, fuck it

The rest of the style is because it’s something I always felt but never had the chance to express. Jantelagen, don’t be too much and don’t be too different. Then one day, I just decided, fuck it, I’ll just be myself. Let people think what they want.   I don’t think that you should think about what others do or what’s on Billboard right now, just go with what you feel is good. Like the first album, nobody would ever think that a blues album would sell that many records.

Your new single, “Paralyzed,” is out now, but has had a mixed reception due to its strong pop arrangement. How have you found the feedback?

Yeah, the young people actually like it but some people, mainly from England, have said this is ‘rubbish’ because this is pop and a lot of my fans are soul lovers. I respect what they think but I have to feel it.

Damn picky Brits and Soul! (we both laugh!) Actually, being social on Facebook, Twitter etc.., does that accessibility affect you?

Yes, it affects me. I really respect my fans, I wouldn’t be anything without fans. I love them and try to do as much as I can but when it comes to my creating, I have to go by my intuition. Because if you do something you don’t feel it’s going to be fake and bad. You have to feel it, especially with music – music is feelings. Music is everything. I’d die without music.

Will there be a new album?

Yeah, it may be out at the beginning of next year. I can guarantee you the new songs don’t sound like “Paralyzed.” Maybe it sounds more like “Can’t Lie to Me,” my first single I released. It’s very soulful, more modern soul, I guess.

She then gives me an exclusive listen to her next single, “Beautiful World,” and yes, it sounds very good to this picky brits ears. Extremely soulful, and I’m again reminded that this singer has such a strong and powerful voice.

Do you listen to a lot of music?

Do you still buy vinyl?

Yes, whenever I can! If I’m going to listen to soul, I have to listen to it on a LP –  thats how you can tell I’m a nerd, because I can tell the difference in the sound. All my stuff is packed away right now as I’m planning to move to America. Just waiting for my green card.

Moving to the States. Is that because you don’t like it here, or are there just more opportunities?

All of it. Since I went there when I was 19, I felt like that’s where I should be. I love my family and friends, but I’ve never felt that Stockholm is my home.

Thank you so much! I love things that just happen spontaneously.

Me too Jasmine, me too! 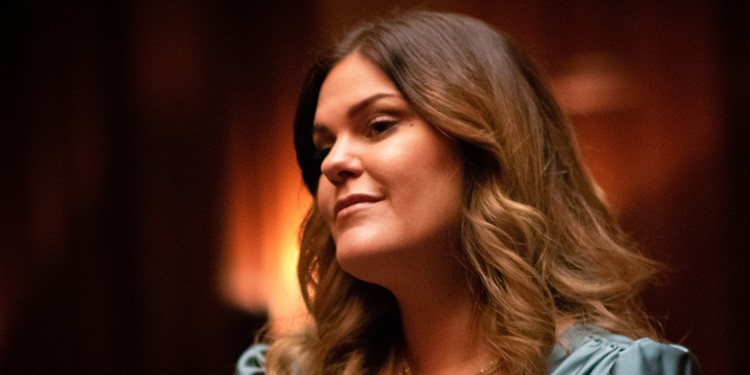