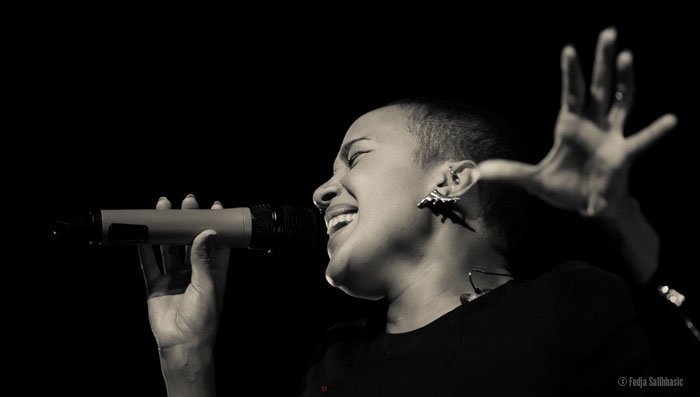 The first ever Scandinavian soul festival in the world.

Everything I’d hoped for… and then some

Well, I’m in a rather strange position. As a co-organiser of the event, I’m not able to review the performances but I can give you a written, photographic, and even video overview.

The festival was the result of over two years of research and development by scandinaviansoul.com and Thomas Østergaard, a theatre director who saw and took the opportunity to support the artists at Horsens Ny Teater.

Horsens is probably a place you’ve never heard of before reading this, and you wouldn’t be alone, but for those who made the three-hour train journey from Copenhagen to the small town of Horsens I’m sure would agree…it was so worth it!

For three days we presented the concept of this new genre and brought it to a wider audience. If you expected the singers to sound like copies of US and UK traditional soul then you were in the wrong place. Scandinavian Soul represents artists who represent themselves through soul. Be it through emotionally soulful vocals, Senegalese drums, electronic beats or 60’s Motown the selection of artists varied greatly, yet all gelled.

Hmm.. trying hard to be objective here and failing!

The festival began with Swedish singer Ida Sand playing a grand piano, and ended with the heavily pregnant Danish singer Barbara Moleko dancing around the stage! Sadly news of Magnum Coltrane Price being unwell was of great concern, and understandably he was unable to attend. We all wish him a very speedy recovery.

Despite the crowd not overflowing in numbers every artist performed with passion and joy, which delighted the dedicated Scandinavian soul audience, yours truly included!

The true essence of everything that symbolises Scandinavian Soul happened in the after jams.

On stage artists from Iceland, Finland, Denmark, Sweden and Norway each grabbed their preferred instrument and played together until around 4 am. Singers such as Jason Nemor, Jonas, Sahra da Silva, Jo Stance, David Jay, and Danish newcomers Ankah and Gregers provided improvised vocals over soulful beats in the cosy room of Kvium. Thomas Østergaard, also a superb musician, occasionally accompanied them on keys – Bloody brilliant stuff!

As I’m struggling to contain my personal view I’ll leave you with two reviews (translated from Danish) by non-related visitors. 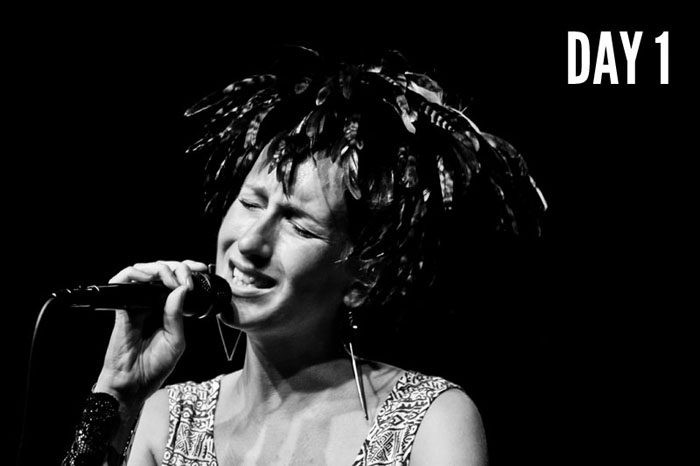 All in all, I give SCANDINAVIAN SOUL FESTIVAL (Friday) FOUR STARS

I thought that a lot had been done to create a good atmosphere and they succeeded. Outside the theater, there was a lounge atmosphere and DJ and people were chit-chatting while musicians sat down on the railings stomping their feet – it oozed atmosphere!

In the main hall there was a very intimate atmosphere with four-seat tables and candles, which made you feel close to the people on stage, and in the Kvium hall there was standing room only, but here, it created a very intimate concert with subdued lighting. It lacked a little atmosphere just as you entered the theater and bar in the foyer, and here it should be mentioned that I felt welcome, and there was also nothing wrong with the service – may be missing just some subdued lighting, and anything that creates a little more atmosphere in that area. There’s no doubt that there were professional and incredibly talented musicians that played in the Soul festival and each concert really was an experience in itself.

The music has been top-notch and has exceeded my expectations.

I went home with a feeling of satisfaction and a desire for more! I want to say a big thanks for a really great event and I hope it is a recurring Festival. I will most definitely come again next year and stay there for all the days. THANK YOU FOR A REALLY GOOD EXPERIENCE

Overall, I give 4 out of 5 stars‚ Tanja Brandt 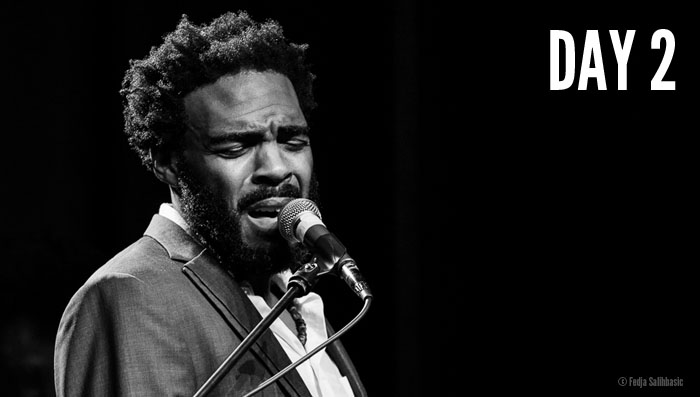 The area outside the theatre was a modern design with beer crates as chairs and completed with matching low tables.

The always welcoming and smiling staff made sure that things went according to plan. Well prepared dancers (D-C Dance group) opened Saturday Party in a festive, energetic and creative way with lots of flow and variations. It was a bit annoying that the show was over after only 20 minutes when it was so clear the dancers were just burning to show what they could do. Then it was the Swedish Karin Fransson who broke the silence.

There was an intimate cosy atmosphere, worth every penny, in Kvium hall, but damn it was annoying that not more people showed up for the first show. It didn’t seem to influence the Swedish songbird who delivered a heartfelt performance, beautifully delivered with her unique voice. As there were so few of us it was a bit of a shame they had not created a more lounge-like atmosphere with chairs or small sofa arrangements. In fact, it was impossible to put your glass down to give a well-deserved round of applause. Apart from that, the atmosphere was on top and the sound was fantastic from every corner.

After lunch and another bottle of Edelweiss the Finnish band Oaklyn was the next feature on the program.

Oh, what a sight that met us as we entered the great hall.

There was an atmosphere like in a smoky jazz bar in New Orleans, yes apart from the smoke, fortunately, AND it was not jazz, but instead the fantastic Oaklyn was on stage. There was a good atmosphere around the tables with white tablecloths and candles.

It was great to sit comfortably and really enjoy the music in your own little world. Again there was a lack of public but the energy onstage created an immersive atmosphere on the floor.‚

The next name on the poster who surely also deserves special attention was the great David Jay, who’s god-given voice can enchant anyone. The atmosphere was top notch. The tempo, wriggling hips and in between well-known numbers. But even if you didn’t know him well it was impossible not all to be captured in his web. The audience was left hungry for more, feeling festive and totally enthusiastic – and finally, it was time for what I personally had been waiting for – the beautiful, charming songstress Barbara Moleko to give her rendition of what Scandinavian Soul is all about.

She simply kicked it off even though there was a blind passenger in her tummy. I will most definitely see her again. She’s 100 times more energetic live than on her album – more of that!

Great sound all the way through, a setting that was created for this type of arrangement with a mega blearing light show all the way through and MEGA dedicated musicians. I was unsure if Horsens was ready to take on an arrangement like this into its heart but it was Horsens Ny Teater in every way. I experienced it as though they had their 20-year anniversary! 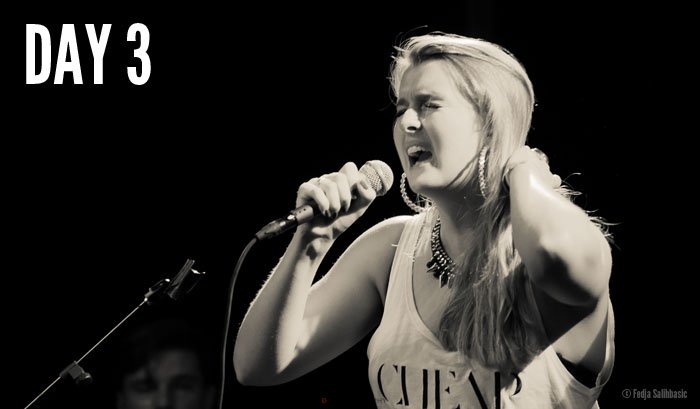 And above all, all the guests who attended.

All photos by Fedja Salihbasic