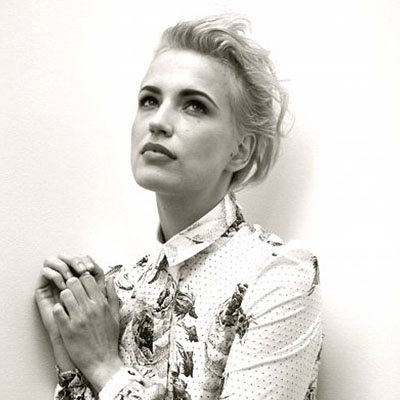 MOVED TO A NEW MUSIC DIRECTION

It’s somewhat unusual to talk about Finnish Soul, but the roots of soul/jazz singer Janita are in her native Finland. Born in Helsinki, she was exposed to the music of the world through records brought home by her pilot father. At age 13 she met her future musical partner, Tomi Sachary, and they began recording and performing.

She moved to New York at age 18 and was signed by Sony Records. Sony had trouble figuring how to market her lone album for that label, 1998’s Janita, in the US – was she jazz? Was she soul? Was she adult contemporary? Unfortunately, the result was that the disc never found its audience in America. Janita recorded again in 2001, independently releasing ‘I’ll Be Fine’ to generally positive reviews and to a small but growing international audience for her brand of smooth, jazz-infused vocal music. Compared by some to India Arie or Jill Scott, her music was much more reminiscent of talented smooth jazz artists such as Basia or Everything But the Girl. ‘I’ll Be Fine’ also showed her growing talent as a songwriter.

In early 2005 Janita released ‘Seasons of Life‘, her 6th album. Like ‘I’ll Be Fine’, ‘Seasons’ is a well written, well performed album that should get the attention of smooth jazz radio. The timing may be right, too. The success of Norah Jones has opened doors for intelligent adult-oriented artists, and ‘Seasons’ walks through that door beautifully. Janita’s wispy, pretty voice works well with the restrained, jazzy arrangements, creating a tasty, very listenable collection.

Most notable are the album’s compositions (generally written by Janita and Sachary), which are the best of her career. The great opening cut, ‘No Words’, is like a top-drawer Michael Franks cut, and mid-tempo numbers such as ‘Let Me Love You’ and ‘Bear With Me’ are infectiously melodic. There are also a number of soulful elements on the album on which Janita’s always-cool singing shows more vocal character, especially on ‘That’s How Life Goes’ and the exceptional ‘I Only Want You’, the album’s best cut and one of my new favorites. Seasons of Life is a great step forward for Janita that shows her continued development into a soulful song stylist. It also makes for fine late night listening. Recommended.