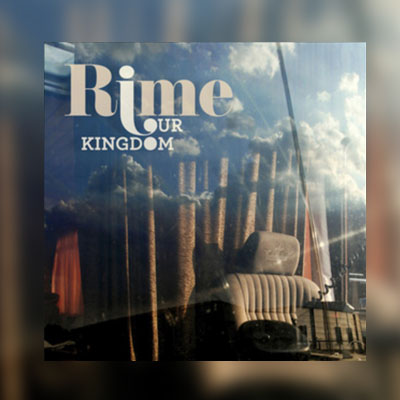 Their love for uncompromising musical contents and experimentation can be heard on their debut album ‘Our Kingdom’. Rime have managed to combine electronic soul music, deep lyrics and rough beats in a unique and fresh way.

Antti Hynninen is a saxophone player, composer and producer based in Helsinki, Finland. In the past couple of years he has been applying his vision to more than thirty recordings, from soul to jazz and beyond to electronica and rock. He has composed music for over twenty dance and modern circus performances and he’s constantly pushing his boundaries while working with beatboxers, poets and artists. Nowadays he’s working hard as a composer and as the leader of his group Auteur Jazz. Auteur Jazz released their debut album ‘Aphorisms’ in 2009 through renowned jazz label Ricky Tick Records. The album got amazing reviews and was nominated as the Jazz Album Of The Year 2009 at the EMMA –awards (Finnish Grammys) and was announced Record Of The Year at the popular Funky Awards.

Sara Sayed is a singer-songwriter born and raised in Helsinki, Finland. Lyrical expression is her forté as well as her strong and versatile voice. These traits have gained her many collaborations in various genres of music. Experimenting and refusing to accept borders between genres, she is considered a particularly interesting vocalist. She can be heard featuring on the ‘Aphorisms’ album by Auteur Jazz, which was recorded during the making of Our Kingdom. At the moment she is studying for her Bachelor’s degree in music at Goldsmiths University and lives in London.