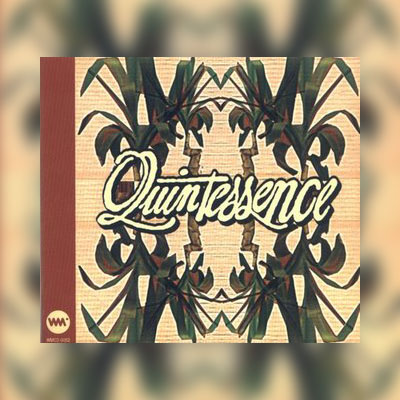 NO LONGER IN THE STUDIO

It started out as a three-person project in a Helsinki basement studio. Guitarist Aki Haarala and DJ/Programmer Jouni Helminen (nowadays known worldwide as DharmaOne) asked vocalist Emma Salokoski to sing on a couple of tunes. In 2001 the first ‘White Light’ EP was released on the Dorado label. It could soon be found on the playlists of DJ’s such as Gilles Peterson and Trevor Nelson.

Their unique mixture of (nu)soul, jazz, funk and Scandinavian cool found it’s way into the hearts, ears and record collections of music lovers and critics alike. Through extensive touring, their fan base has grown even stronger, as Quintessence is now known as one of Finland’s coolest, yet grooviest live bands. In addition to clubs they have performed at numerous rock and jazz festivals. They opened for The Roots on the main stage of Finland’s biggest jazz festival, Pori Jazz, in 2003. They have also played gigs in Estonia, Norway, Serbia, UK and the Netherlands.

Quintessence’s second album ‘5 am’ was released in Finland September 2004. This instant classic took the Quintessence-formula to a new level of deepness, adding sweet soul sounds of the seventies and echoes of pulsating afro-beat. And it débuted to the official chart at number 8!

In April 2005 the album ‘Talk Less Listen More’ was finally be released in Britain (and twenty other countries) through the prestigious Whatmusic label.