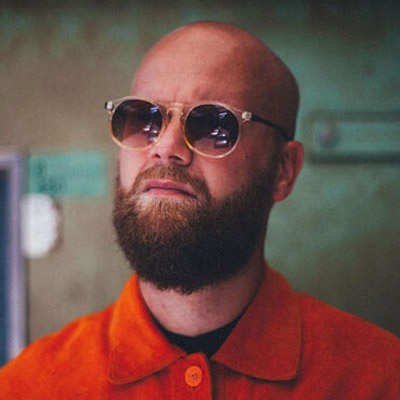 Jonas started playing music at an early age. Initially banging on pots and pans – but quickly moving on to guitar, bass, drums and a bit of piano. The greatest revelation to Jonas though, was when he discovered Stevie Wonder’s album “Songs In The Key Of Life” in his fathers record shelves. Stevie landed on the record player and created a big impression with his singing. This passion has stayed with Jonas to great success ever since.   After having played in numerous bands during his teenage years, Jonas formed the soul band Jonz with 4 other talented musicians. After only 3 gigs, the band got signed to a worldwide deal with Sony Music.

This lead to a tight working relationship with manager Keith Harris (Stevie Wonder, Omar, Lynden David Hall) and producer Pete Smith (Randy Crawford, Joe Cocker, Sting) making the critically acclaimed debut album “Where It’s At”. The single “Sleeping” was #1 on the national Danish airplay chart, and made waves in various parts of the world.

Even Stevie Wonder was caught humming one of Jonas’ songs, and said “when can I get my copy of the album?”

Jonas’ music is a modern interpretation of Soul

After a couple of years Jonas parted ways with Jonz, and has since then been working on his own solo material. Besides this, he has been involved in countless projects on the side with other musicians, producers and songwriters all over the world. A.o. writing songs with the late Lynden David Hall; co-fronting the 17 piece soul collective Nu Soul Connexion; working as vocal-producer on many Danish albums.   Recently Jonas has been touring Europe extensively as a backing singer and support act with the Hip Hop group Outlandish. On the tour, Jonas received a hugely positive response everywhere. As a result of the Outlandish tour and Jonas’ undeniable talent, the music industry all over the globe started to take notice of his music. Jonas was acknowledged Unsigned artist of the month at www.vibinmusic.co.uk, and Essential Album in Blues & Soul Magazine. Many of the the album’s songs enjoying extensive airplay on radios from Nuuk to NYC.

Jonas’ music is a modern interpretation of Soul, inspiration comes mainly from the old Soul classics, but also draws lines to Jazz and Hip Hop. What shines through is the way Jonas succeeds in developing a sound that is completely his own. A warm gentle expressive voice and sound, combined with thoughtful, humorous and poetic lyrics, all adds up to a mixture that is super sexy and simply irresistible.

After a five year absence Danish soul singer Jonas returns with his first album – and this time it’s in Danish.