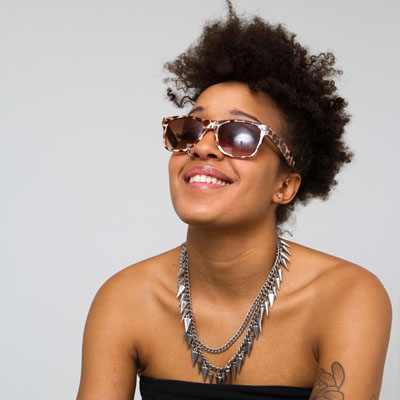 Moleko was born in Rigshospitalet, Copenhagen to a South African father and a Danish mother. She spent her younger years in Mozambique. But when her parents divorced, she moved at the age of 12 with her mother to Denmark in 1998, to reside in Vanløse, a district of Copenhagen. Trying to pursue a musical career, she gained popularity by appearing in 2010 in KarriereKanonen, a musical talent show on Danish DR P3 radio station. On 19 March 2012, she released her debut single “Gå en tur” followed on 20 June 2012 by the EP Enchantments in collaboration with the band XOB.