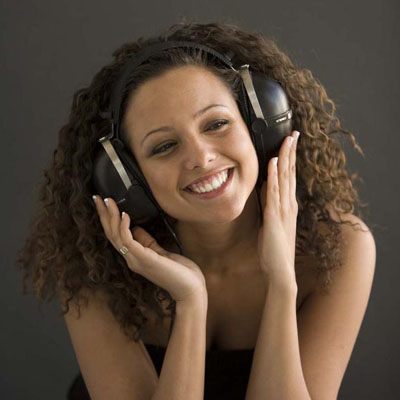 Eleonore ‘Ele’ Hansson was born to a Swedish mother and a North African father in 1983.

At the age of 8 she learned how to play the violin and at the age of 11 Ele had written her first song. Music soon became very important while going thru childhood challenges but thanks to listening to uplifting, musically talented artists like Stevie Wonder, Whitney Houston, Youssou N Dour, Mary J.Blige, Erykah Badu, Jill Scott and others Ele only became stronger and more determined to go for her dream.

Ele started her career by singing in bands, choirs and won several talent shows. Then worked as a background singer for Swedish R’n’B/rap and pop artists Ayo, Swing-Fly, Medina and Dee.

Ele found maximum inspiration during travels to Los Angeles and so to truly learn her favourite genres soul/r n b/jazz. She moved to Los Angeles and attended Musicians Institute, where she self-produced 4 of the tracks on her debut album “She, Her, Ele” and had the opportunity to sing back up for Stevie Wonder during his annual “House full of toys concert ” in Dec 07 together with Hollywood Pop Academy.

Ele then returned to Sweden where she opened up for Swedish artists Papa Dee, Titiyo, Da Buzz, ADL and Blues while performing at various festivals and events such as Sthlm Jazz Festival, Song Academy Live etc.

In May 2008, she released her debut album “She, Her, Ele” and among other artists attending, Swedish rap artist Blues hosted the event and performed together with Ele at the release party.
“A hot candidate to become the new soul diva of Sweden with her jazzy, neo soultry sound.”

Swedish magazine Rodeo described her as “A hot candidate to become the new soul diva of Sweden with her jazzy, neo sultry sound” with spins on Swedish radio Metropol 93.8 and others.

Sony/BMG Sweden A&R Joachim Stenhammar voiced interest in Swedish Channel 5′s ”Hitmakers” where she was invited to perform her song “Who is that man?”.

Ele eventually travelled back to L.A where her music soon was playing on the Lady J Show on L.A Talk Radio, Titan Radio, Solar radio and “What’s hot radio?”. Ele and her music received beautiful reviews in O.C magazine “The Local Squeeze”, L.A’s exclusive “Melrose Heights Magazine” amongst others.

Ele gained a lot of experience and love from performing at various famous venues such as L.A House of Blues, B.B Kings, The Key Club, Temple Bar, Cozys etc and by performing as a regular at “R’n’b Live Hollywood” where she got to perform before big stars like Eric Benet, Aaron Hall, Ray J, L Debarge and many more.

In May 2009, Ele became back up singer for Sleepy Brown from the Dungeon Family and the Outkast crew and also got signed to his record label, 13 Black Records. With a newfound love, new inspiration from new musical environments and the producers like Sleepy Brown and Daniel King behind her in the studio, Ele renamed herself ”Lady Ele” and released her new EP called “Coming from a lady”, on September 7th. The singles “You know you wish”, “Old school love”, already spins on the Accelerated radio network worldwide while the Caribbean inspired “Life is good” and 60′s vibe ”Old school love” video plays daily on Youtube.

Lady Ele is here to stay, with her fresh, feel-good soul / R’n’B music – “Coming from a lady”.