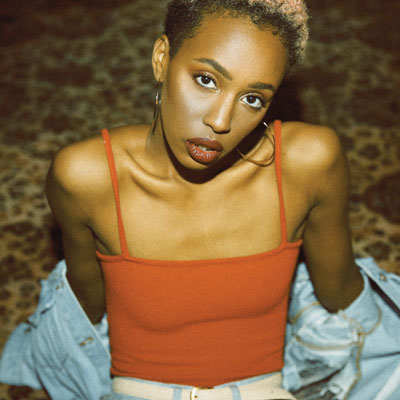 The R&B artist and songwriter Louam, from Oslo, debut album ‘Wreckless Love‘ is filled with strong and honest songs about love and infatuation in various forms and phases – hopelessness, happiness and broken hearts.

After working with singles for a year and a half, Louam felt that her new project was to release an album of only original music. She wanted the record to have a greater meaning and contain a concept that was impossible to do by simply releasing singles. It wasn’t until she wrote the album’s first song: “Mesmerize Me” that she got a creative flow and the album was created.

She had found the sound and expression she sought for “Wreckless Love”.

On January 4 2018, “Big Loop” came, which got a fantastic start with ending up in 18 listings on New Music Friday all over the world.

On the album track “Mary J. Blige” there is both a homage to a period in Louam’s life and one of her great role models.

In addition to Mary J. Blige, Louam finds inspiration for artists such as TLC, Destiny’s Child and today’s great R&B stars like Nao and Ella Mai.