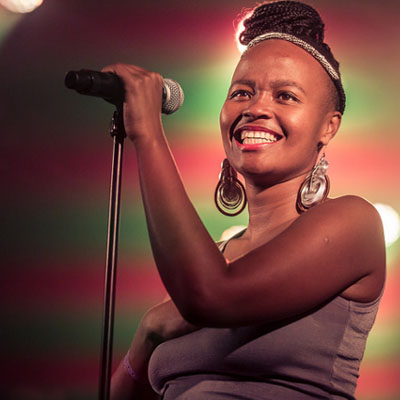 Two years ago, Norwegian/South African soul singer, Nosizwe, fulfilled a long-held dream of making her debut album with her musical hero, Georgia Anne Muldrow. The collaborative effort led to the nomination of the album to the Nordic Music Prize and concerts all around Norway. From there, “In Fragments” began to live its own life. The material so massively packed, it only made sense to tell the whole tale, in fragments. The second album was a compilation of remixes produced by legendary producers the world over. And Nosizwe has just finished the third and final part of the story.

Asked why she chose to put out In Fragments in three parts as a series, Nosizwe claims the unorthodox decision was in part dedicated to her love of Star Wars and also to fully unpack the material.

“We live in a produce-and-throw-away society, I wanted to examine and re-examine something in ways to allow for it to breathe, to live longer and tell newer stories. The best writing is the one that is edited a thousand times over. Maybe songs, too? I wasn’t finished with In Fragments after album 1. Just like the Force, in Star Wars! You can repackage that s**t a thousand times over and still not feel done with the main story.”

Alongside the multi-instrumentalist Anders Tjore, Nosizwe and Tjore have created something unique, a revised, stripped-down and naked version of In Fragments 1; now as an improvisational record swimming in the universe between soul/jazz and flamenco, Soul and jazz always having been Nosizwe’s true home. Anders fills the compositional landscapes created in communication with Muldrow’s beat-based productions with a 12 string-guitar that amplifies Nosizwe’s powerful texts and the beautiful, rich and complex blue tones of her voice. And era ends with Nosizwe in her strongest form, ever. As close to the spirit of her voice’s magic as possible, to the core of her songs, examining and playing in the broad expanse that is acoustic jazz.