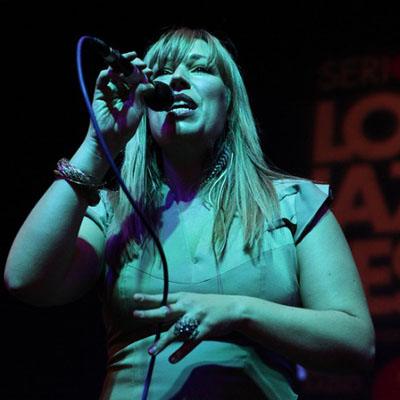 Cecilia has released several releases throughout her 15 years in the music business and one is the critically acclaimed album “Step like a giant” (a mix of Hip Hop, Soul & Nu Jazz)  a celebration of Mr. John Coltrane, ‘The Story of Love’ an EP recorded in Atlanta with India Aire’s basist Khari Cabral Simmons & Bugs in the attic’s own Daz-I-Kue, witch saw Cecilia and Khari go on a european radio tour in November 2015. Beginning of 2016 Cecilia released a new project ‘The Love Ep‘ witch has a more modern, hiphop and vocal layered driven approach but has gained the likes of Gilles Peterson (Worldwide) and Chris Philips (JazzFM).

Over the years she’s established herself on the UK scene and she has been frequently performing in and around the London scene like Queen Elisabeth Hall, Barbican, Royal Festival hall, 606 jazz club, Southport Weekender, Sunday afternoon with Gilles Peterson & Patric Forge, Love Supreme Jazz festival & after selling out Ronnie Scott’s Jazz club (MainStage) and opening for Gregor Porter in UK.

Last year Cecilia got the opportunity to work with The Royal Shakespeare company in Stratford singing in Anthony & Cleopatra and she also was asked to write her first commission for a 200piece choir for the Women of the world Festival at Royal Festival Hall. She was asked to host and perform at several events for Southbank Center during their ‘Nordic matters’ scheme.

2018 started out with a small tour in Brazil connecting with incredible musicians and audiences, doing shows and interviews to build for her next project Searching for the sun.

Watch out for a lot more music releases in 2018 at Bandcamp!