From the outset of their debut 13 track opus Sense/Sensibility, it is clear that Humus is more a movement than a musical duo, where they use poetry, music, film, and fashion, as the mediums to impart their messages of love, happiness, togetherness, loss, pain, self-awareness and hope. 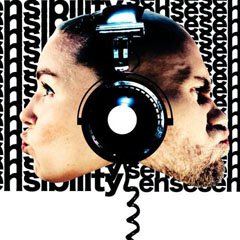 The Finnish duo consisting of producer and arranger Heikki (aka Akanuke) and vocalist Tiia (aka Anahata), get the LP underway in frenetic fashion with When I Feel Lonely (I Dance). The track, like the album itself, nails it’s colours firmly to its mast and implores you to lose yourself in wild abandon. As an opening statement, it does just what it says on the tin.

Love Affair feels as vibrant to my ears as it did when I stumbled upon it back in 2012. Tiia’s insistent vocals seem fully at home on this infused concoction, where beats, warm synth stabs and E. Thelo’s rhymes coalesce, creating the perfect backdrop for the interesting story of a woman in a 3-way love story. I love how the desperate calls that fill the beginning of the track, make way for the almost operatic yearning ending, much like the end of an ill-fated tryst.

That yearning and sensuous arc continue on the sophisticated cover of Led Zeppelin’s Whole Lotta Love, which opens with fragile keys and soft horns that almost feel like rolling teardrops, on which Tiia floats and bears her emotional vulnerability.

Following that, almost standing still, is the hazy eroticism of Greek Statue. The feel of the track, and the straight to the point, and at times comedic, lyrical desire, leave nothing to the imagination, conjuring up passion as it should be, poetic and immediate.

If there is one duff note on the LP it is Do What I Gotta Do.  Starting off with a a subdued guitar riff, deep baseline, and gritty keys, the track has all the ingredients of a barnstorming soulful number.  Instead what you do get is an unnecessary rap, that I could have done without.  But the track, really an interlude, is a blip.

The lyrics and melodic accompaniment, especially the violins, tug at the heartstrings…

Normal service is resumed, as the sensuous and blissful monitor gets set to 11 on I Do (I Do). The lyrics and melodic accompaniment, especially the violins, tug at the heartstrings, and with each listen I’m taken to a place of pure love, acceptance, warmth and security.

When the words Baby You Know Love, Better Than I Do, I Do, are delivered, with such emotion, it confirms how special the track is. This is definitely one of the LPs highlights and you should check out the lo-fi video for the track too.

The second part to Love Affair, the soulfully R&B infused number, If You Still Care, sees the musical tempo rising, and Tiia turning to her more contrite and apologetic self.  On the track she seeks to make amends for hurting a loved one, even leaving room for a simmering interpolation of The Roots – You Got Me, that makes me smile and sing-a-long, every time.  Whilst the nature of the message remains at the heart of the tracks that remain, the strictly soul motif is stretched, as the following trio of tracks see the duo entering into experimental territory.

I’m Telling You sees the pair expressing themselves over a driving incessant beat, bemoaning the ego-driven folk around them, wanting something real, before the track takes its own advice and strips itself of any unnecessary baggage ending in smooth soulful serene realisation.

You Know The People hops about on an enthusiastic beat and melody, that has an unplugged feel about it. The bridge sees the duo deliver a few moments of thoughtful contemplation with muted horns, and soft guitar licks, before the track ends in a crescendo of beats, keys and electric guitar.

The message of self-awareness and the ability to be self-reflective fills the spiritual warmth of both Selfish B*tch and another of my favourites from the LP the interlude We People Who Are Lighter Than Blue. Tiia’s vocals sit atop stripped back arrangements with warm luscious keys and acoustic guitar, allowing the lyrics to filter through your consciousness undiluted.

The same can be said for the message of Sh*t where the tracks start-stop tempo, allows just enough room for feel, without the message, about recognising the world around us, getting lost.

Fight Back the album’s finale, is filled with passion and drive, with a message focused on taking a stand to make the world a better place. Once again the arrangement floats and weaves its way around your ears, encompassing the serene and the urgent in equal message.

Sense/Sensibility is an album that has a significant number of moving parts, and it is to their credit that Heikki & Tiia are able to shape and mold them to produce a consistently soulful affair, where the variety on show is matched by the quality.

Whilst the LP can be consumed in its individual parts, it’s only when it is listened to in its entirety does the impact of their efforts become clear. The message is definitely in the music, on what is one of the releases of 2015. 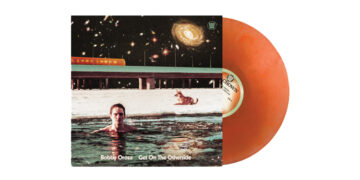