Pomona Dream is in da House!

There is an asteroid on its way to Earth, and the downfall is near.

This is how Marc Facchini sets the stage for his newly released single. Ok, it’s a bit of a bleak forecast for an artist, however, his music makes an immediate impression with a fresh perspective. His Danish sung track – Bag Tonede Ruder, is a tale of emotions, thoughts and fates on the final days on this beautiful planet.

Marc Facchini is a new name to us, but we’re sure you’ll agree he makes a strong musical imprint with 5+mins of delightful piano keys, singing violins and soaring emotional vocals. Marc’s style draws a comparison to the Swedish band Bo Kaspers Orkester, especially with his soft, native sung voice. Bag Tonede Ruder is richly layered, and a thoroughly absorbing listen matched with a superb darkly illustrated video. Creative in concept, thoughtful in composition and soulful in expression. 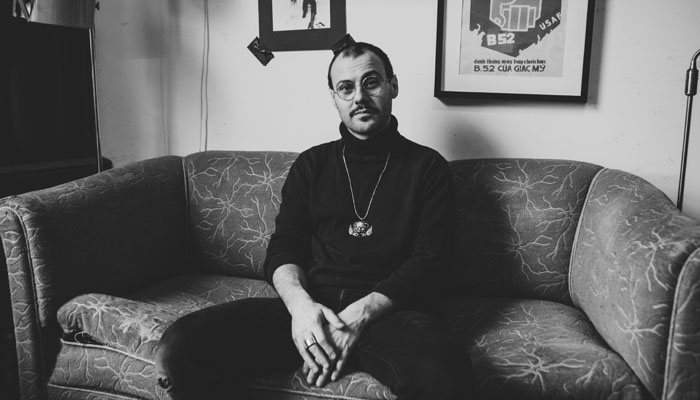 Over ten years, Marc has described himself as a multifaceted artist – first with a high school band Mescalin Baby, who won the Career Cannon; then Mother Lewinsky, who became one of the most hyped indie bands back home in 2013-14. His first solo release came in 2016. The forthcoming album will be his fourth full-length album in his name.

Bag Tonede Ruder is the first listen into a dystopian narrative that takes place in a parallel universe that bears striking similarities to our own. Facchini condenses the song’s story like this:

(Translated via Google) “There is nothing more to do. The downfall of the Earth is definite. The man walks around town. He walks along the roads. He walks through the living quarters. He goes through the centre. He buys a newspaper. He gives away his last coins. He sees a lot of people, but he doesn’t really meet anyone. Then he meets someone. They invite him inside. He stays with them for a while.”

Bag Tonede Ruder is taken from Marc Facchini’s forthcoming album – Ind I Evigheden (Into Eternity). This Autumn and Winter will see the release of several singles revealing more stories.

The entire collection will be released on CD and vinyl on January 24 via Black Plates.

This is a serious test for your speakers. The layers here are for an enhanced listening experience. Strings should be clean but not sharp, the clarinet, and piano keys all clearly define with a warm bass. Enjoy!