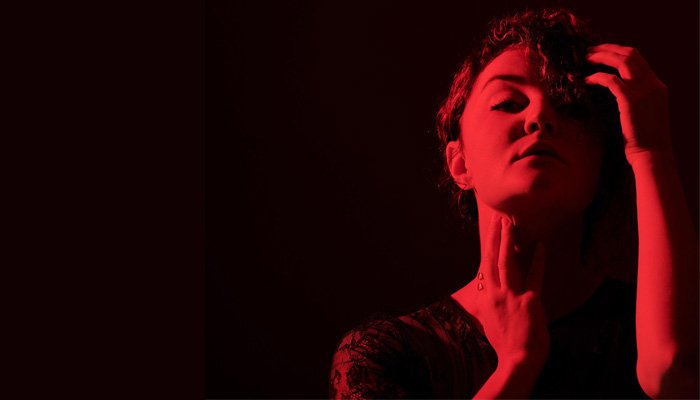 Danish singer Jaim rounds off 2018 with the release of her debut single – Seven.

Jaim is the moniker of Danish newcomer Katja Welner. Several months back we were tipped on the emerging singer in Denmark’s hotbed of talented vocalists. Her première single was undoubtedly worth the wait.

Released at Christmas Jaim has saved us the time of writing a summary of the past year with a single that encapsulates the emerging, fresh and evolving soulful indie sounds only heard across Scandinavia.

From the piano keys on the opening to the crescendo building arrangement Jaim’s sultry tones intrigue and ignite the senses throughout. From the additional creative eye of David Valentin Schweiger, the upcoming Princess of Nordic noir emerges visually in black and red tones perfectly befitting the singles ambience.

“This was a very ‘private’ project to me ” said Jaim describing the single exclusively to us.

“I did everything myself except the mastering and had decided to go with whatever I felt like. I let the song develop itself. Not thinking that I had to go back to the verse or chorus, but to just let it tell its own (and my) story.  A sort of stream of consciousness.“

“I had been feeling a bit cold for a while when I wrote the song. As if nothing could really touch me. Trapped in eternal repetitions with different faces. And somehow, it had become a kind of a safe place to be (yet unbelievably boring. Trying to make your own games just to feel something extra). And around it, I built this confidence up. Cool and untouchable. Until I met someone. It wasn’t even a romance. That was the special thing. It was just a person who made me believe again that I actually could get close to paradise. And who screwed up my ‘order to things’. Thank god!”

Jaim’s ‘new order’ marks the end of an excellent year for soulful music from Scandinavia and the start of another new exciting one.