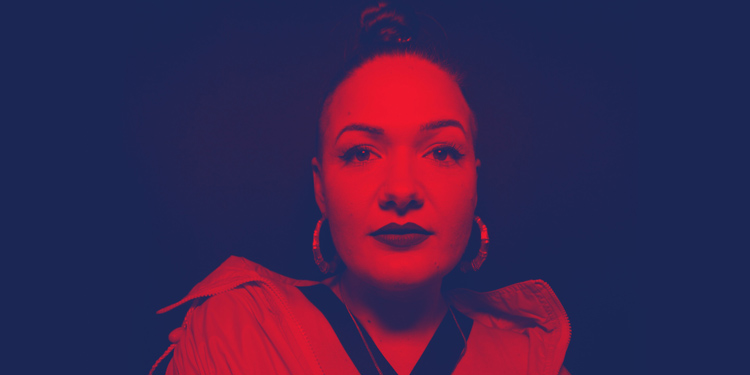 Signe Anna – My soul is happy

I’ll never know what caused me to throw in this random question. Perhaps it was the facebook connection between her and a mutual friend who has a keen interest in the stars and horoscopes. In any case, my obscure question revealed Signe to be my astrological soul sister. What are the chances my intuition would be right?

However, it was not by chance that I had called to speak to the Danish singer. Signe Anna (pronounced Seena) had recently released her debut (to my ears) single – ENSOMMERE NU. The emotional track accompanied a sensitive video and had drawn attention from numerous music forums and blogs.

Born and raised in Denmark, in a small town outside of Copenhagen, Signe Anna is a middle child of two sisters. Her apple fell far from the tree with neither of the singers’ parents coming from a musical background. It was Signe’s mother’s hobby which had the most significant influence on her.

“My mum has the biggest record collection that I’ve ever seen, even to this day; Stevie Wonder, MJ, Earth, Wind and Fire, and various Danish artists. It started with me and my sisters playing records in the living room, dressing up and dancing.

My mum grew up in a time where women going out into the workforce was part of the female movement. She was politically active, acutely aware of the system she was born into and she was very international. She travelled and that personality type – very open-minded and creative, not in creating art kind of way but in a problem-solving way, making ends meet with three girls.”

As she describes her mother, you can hear the sense of pride and respect Signe holds for her. You can also sense the struggle she had, and I thought about the aspect of bringing up three young boisterous and energetic daughters. Middle children, in particular, tend to be the most raucous. Signe is the middle child.

“I have middle child syndrome. Hahaha, you are so right! All middle children recognise this. Are you a middle child too, Andy?”
“Yes,” I replied, and we both laughed heartily for a while.

“My whole life I’ve been the black sheep” Signe continued. “Not like I’ve been doing bad, bad stuff. I’m just a rebel, doing my own thing.”

For Signe, there was always a calling for music. Her mother was the first to notice her passion for singing and dancing though she tried to suppress it a lot throughout her teenage years.

“You’re told you’ve got to get an education; you got to find this way of making money to pay for this life. So I spent a lot of years trying to steer away from music, but it’s always been trying to drag me back. I made music, and then I didn’t, then I made music again, then I didn’t. This whole process made me realise that this is how it works so I should give myself to my calling. Ever since then life has been falling into place, which it never did before. Life is better, easier. So I’m very happy that I accepted my calling. ”

Supporting and inspiring her in this journey is Scandinavian soul godfather Jonas Rendbo. A softly spoken and humble person to meet, the singer has launched his own label Jonas Music which focuses on developing and encouraging urban grassroots music.

“Jonas found me on Facebook. He was watching a video clip and said ‘I want to work with this girl’ and wrote to me inviting me to his studio. We made a song in the first session.”

Already a confessed fan of the soul singer gaining his attention was highly gratifying.

“I would tear up when he took out his guitar, and I was overwhelmed with gratitude. All of the things that I’d wished for were coming true one small step at a time. I’ve cried so much just from happiness with Jonas. My soul is happy.”

This collaboration has allowed Signe to express herself openly which enables her to write and talk about very personal issues.

“ENSOMMERE NU is about feeling lonely after a failed attempt at love. It was so natural talking to Jonas about this. Besides being a very talented musician, he has such a calm spirit. He’s loving and warm and gives you his honest opinion.”

Danish urban music is in an exciting renaissance and Signe is happy to be part of it. During her teens, the scene was looked down on and regarded as trouble. Today it’s the most popular genre.

“You look at the charts and see hip-hop in it. The interest in R&B has grown a lot.”

She sings in Danish, but interestingly it’s not her first choice.

“When I was 19, I lived in the States for a year, and I was very aware of choosing Danish. It’s hard to build an audience (when you sing in Danish), but if you can do it, then you have a nice little audience. It’s a dope challenge to do something nice in my own language.”

Never one to shy away from a challenge the singer also recorded three videos in one weekend. The experience left her tearful and happy.

“I cried on camera. I’d always felt I’d had a hidden actress inside of me and I got to test that. It went pretty well actually.”

Signe plans to release two further singles before her EP. Her ultimate dream is to release on vinyl, and I too hope that happens. ‘The middle child comes good in the end’ I round up by saying.

“We all have our demons right, our struggles, but I’m doing great. My mum is happy for me too, well, I’m not married and don’t have kids so I’ll be forever the middle child!