Sales of Vinyl continues to grow

Swedish singer Istria will do what it takes

With limited music venues to perform in Stockholm and radio stations and record labels continuing to shun the sound of soul as they feel it is non-commercial, I somehow feel impeccably drawn to those who, despite this, stick to their own soulful paths by following their heart and passion.

It only took one listen to Istria’s soulful and alluring version of Micheal Jackson’s ‘Baby Be Mine’, to find myself sitting opposite the Swedish/Chilean/Finnish singer in the beautiful old area of Stockholm a week later.

The track was posted on Soundcloud two years ago, but it clearly had all the essence of a reworked soul track that I’m so drawn to. However, the question was “is she still singing?” Following some research, I was pleased to discover Istria was currently in the process of recording new material. 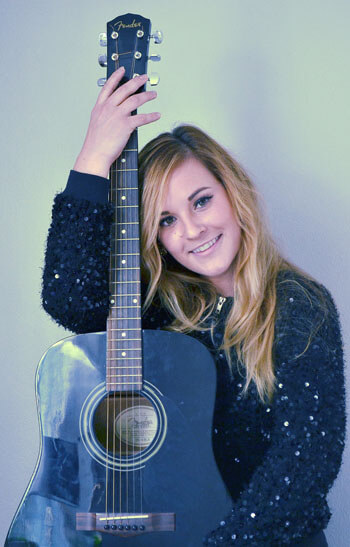 Istria (Istria Sanchez Autio) has an immediate warmth and bubbling energy that you feel instantly upon meeting her. She smiles warmly and proudly shows me her new brightly coloured trainers.

Born and raised in Sweden, with a Finnish mother and a crazy Chilean dad (her words, not mine), it was he who introduced her to a range of music such as James Brown, Pink Floyd and Earth, Wind and Fire.

“He taught me a little guitar, but sports was my thing,” said Istria. “I was playing handball at a high divisional level but I severely damaged my knee ligaments, and I was devastated. I became depressed; my grades went down and gained a lot of weight. It was a tough time.”

“One day my teacher saw I was extremely sad and forced me to sing ‘Hotel California’ in the class. I thought he was crazy, but he insisted I take the mic, even threatening me with a low grade, so I did. It really came from the heart, and he said afterwards “I had a feeling you could sing!”

When I came home and told my dad, he went straight to the guitar shop with the food money!

“My mum went crazy! Now she says it was the only good thing he did,” says Istria laughing! “Well…and helping to make me.”

“When I was at Kulturama (a professional vocal school in Stockholm) I met a ton of really good musicians. I met Gianfranco Mascayano, a Chilean Jazz guitar player, who looked at me playing and he gave me the confidence in my ability as I still didn’t believe I could. He also introduced me to soul music and made me not afraid to sing in Swedish. Feel your heart and let everything go.”

At the time of writing Istria had just posted an enchanting stripped down acoustic version of Sade’s ‘Cherish the Day’.

Listening to other tracks on her playlist you’ll notice a number of them are sung in Swedish, and she has confirmed that nearly all her future music will be in her native tongue.

”Swedish is the language from my heart. If I were to say I love you, I’d say it in Swedish.”

The timing of our interview was ideal as she’s now back in the studio. I asked her about her goals and how she saw the future.

“It’s very important to me to pay the musicians, so I’ve been working and saving. The plan is to release records soon as I have a mountain of tracks at home.”

It is, however, performing live that Istria really enjoys and has played at venues such as; Fasching, Mosebacke, Ung 08, Engelen, Stampen and Diselverkstan, yet there are still difficulties in finding regular venues for new, upcoming artists in Stockholm.

”I’ve even tried some street gigs. A few friends and I went to several cafes and asked to play some live gigs for free. Some really liked it, we did some old jazz covers, but then they’d say ‘oh the manager said they don’t think..blah blah blah, and then wouldn’t let us use the electricity.   It’s so Swedish. It’s hard, but I’m not trying to be famous.

If I can have a job and make my own gigs with my music, I’d be so happy.”