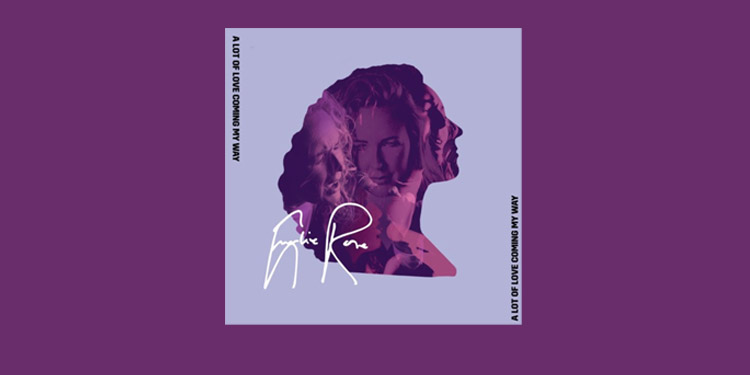 A Lot Of Love Coming My Way – Emelie Rose

Here’s a conundrum for you.

What do you call music which is effortlessly soulful but which sits apart from what most people would call soul music? Music which oozes pop melodies but which sounds nothing like the sort of thing clogging up today’s charts? Tunes which feel as if they could be from the score of the biggest musical theatre production currently doing the rounds whilst also being infectious enough to find their way into the heart of the most discerning pop-picker.

I don’t know either, but that’s the sort of music that Emelie Rose makes.

A Lot of Love Coming My Way is an album full of big and confident songs, songs which have the power to entrance anyone who crosses its path. And it delivers these without ever resorting to being obvious, broad or merely ticking the boxes that the marketing department suggested would play well with the audience. It covers many styles yet still sounds like a totally cohesive piece of work. It is euphoric, joyous and refreshingly honest, brutally so at times, it is intimate and yet relatable. Now, that is a lot to fit into one album, but she seems to do it without breaking a sweat.

The title track is a funky strut through 70’s soul, Wrapped Around Your Finger is a lyrically astute examination of the realities of relationships and a reminder not to sweat the small stuff when you could be enjoying the parts that matter. And Preoccupied is a swinging slice of groovesome soul, writ large and punctuated by brassy art attacks. There is also space for gospel-infused piano ballads in the shape of Near and From Afar and blissed out blues with I Always Knew.

A Lot of Love Coming My Way is one of those albums which just swaggers with confidence, both in the spirit of the songwriting and the delivery of the tunes themselves.

As I said at the start, I’m not quite sure where it fits into the generic landscape, but perhaps Emelie Rose sits in that small elite group of artists for whom genres are considered something that other people use as a safety net. If there is a safety net at work here it is the sheer quality of the songwriting, get that right, and you don’t have to afraid of falling anyway.

A Lot of Love Coming My Way is one of those albums which just swaggers with confidence, both in the spirit of the songwriting and the delivery of the tunes themselves.