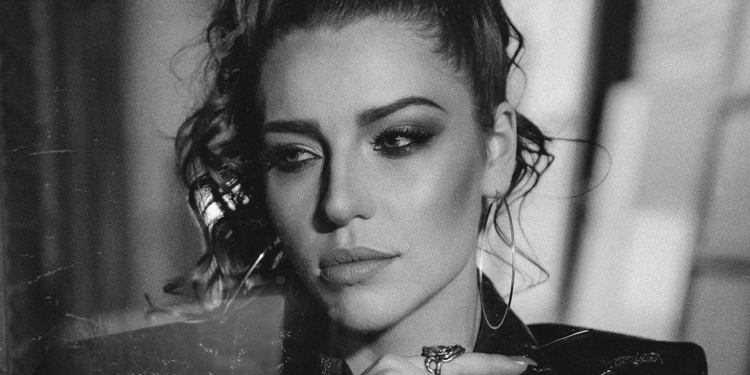 Amaya explores her past in an emotionally honest R&B debut

Letting the past go proved difficult.

Slovenian by roots, the Sweden based artist Amaya reflects on how events in her past affected her relationship in debut R&B single – Trust Issues.

Written from her lived experience, behind the lyrics is also the reason for her journey to a new country.

Amaya was a teen artist in Slovenia when she stumbled across a youtube video that would turn her life around completely. Her discovery of Swedish band Dirty Loops lead her on a path to love and eventually moving to Sweden.

Amaya and Jonah (the lead singer – see bio below) connected. Fast forward several years later – a new life in Sweden, an engagement and several difficult life events, her ‘happily ever after’ came to an abrupt end.

Using the therapeutic effect of music, Amaya evolved her heartache into the debut single ‘Trust Issues‘ and her introspective words ache of honesty and apology.

Trust Issues is the first glimpse into Amaya’s upcoming EP, due September 2020, which will continue her exploration into heartbreak, self-examination, and forgiveness.

Amaya (28) started her career at the age of 17 under her real name Maja Keuc and dubbed as ‘one of the most promising voices in Slovenia‘. Her name quickly spread after her debut performance on a Late Night Show – Hri-bar. People immediately reacted to her soulful sound and powerful stage presence.

Then in 2011, she represented her home country in the most prominent music competition in Europe -Eurovision, scoring the highest position for Slovenia to date. That following year she released her debut album called “Po Viharju” for which she received a Slovenian Grammy.

After achieving much success in Slovenia, Amaya started to feel she glided away from her true passion for soul and R&B music, because of the small and limited Slovenian market and the pressure of her label. Fate stepped in, in these uncertain times and she met a Swedish musician Jonah Nilsson. Amaya quickly fell in love with Sweden, while studying at the Royal Academy of Music in Stockholm. Through the course, she built connections and began to write and collaborate with some of the most established Swedish and International artists (like a youtube sensation Will Singe, the legendary artist Anastacia), producers and songwriters.