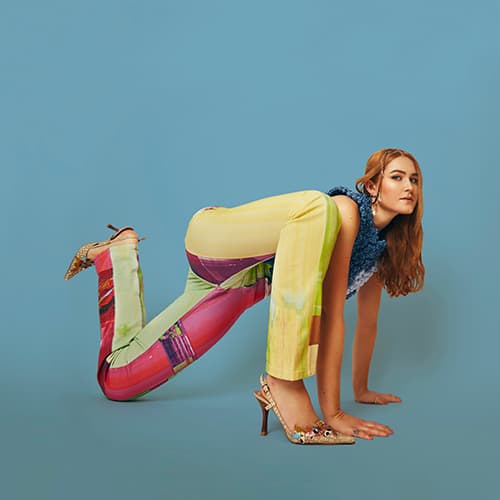 London-based Danish artist Amalie Bryde (previously known as Kool Kat) continues to make her mark on the contemporary R&B, soul, and jazz scene. Amalie has beautifully crafted her own signature sound that’s filled with emotion and her inspiring maverick spirit.

On her latest single ‘Love Again’, the London-based singer navigates her way through a breakup and longs to experience love once more. Linking with producer J.Ar.J. (who has worked with artists Jordan Stephens and Yiigaa to name a few) ‘Love Again’ has a cool, noughties-inspired sound that echoes Amalie’s nostalgia for a love lost, while her dreamy vocals are tinged with melancholy and feelings of loneliness.

Amalie explains: “Two years ago I was in the middle of getting over a bad breakup. As we all do, I found myself swiping on the apps and going out on dates with guys in London just to catch that feeling, the feeling of being in “Love Again”. I wanted to build something that was more real than the profiles I was skimming through, which I sing about in the first verse, “want to build a house, on grounds so strong it leaves no room for doubt”.

Emotionally driven with a forward-thinking edge, ‘Love Again’ signals another exciting year for Amalie Bryde as she continues to gain momentum. Having sold out her debut headline show at Paper Dress Vintage in November, she’s also gained recognition from Jess Iszatt on BBC Introducing London as well as respected music publications including CLASH, Record Of The Day, The Pit and many more. An artist of fierce creativity, Amalie’s hands-on approach means she often self-directs and edits her music videos, and is no stranger to production either (previous single ‘Like This Like That’ was produced by Amalie herself). As she opens the year with great promise, expect to hear more releases and a new EP to follow.