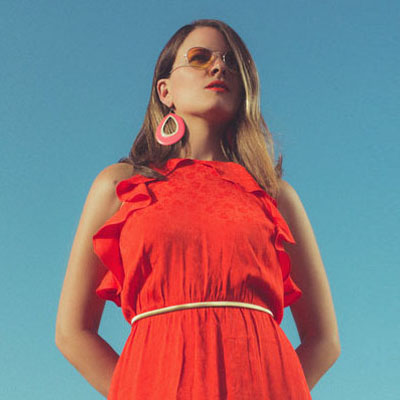 Swedish-British singer Tilde, hailing from the city of Gothenburg, has been releasing music from the age of 19 and was quickly gaining attention when she first appeared on the scene. Due to unfortunate events and a chronic illness at the age of 22 she was forced out of the limelight and had to take a break from music entirely. When she finally recovered she decided to move to South America, where she spent her days playing jazz and blues, to heal her body and soul. Nevertheless, music was always central, and a few years later she moved back to Sweden and went straight into the recording studio again. Several collaborations later she finally, in early 2018, found the sound she was looking for at Spinroad-Studios in Gothenburg, her hometown.

With a new band, some old friends from school, she finally started recording her debut album in early 2018 together with Spinroad-Studio owner and producer Pedro Ferreira.

Gathering all her years of experience and soulful touch, drawing inspiration from voices such as Donny Hathaway, Nina Simone, Etta James and Amy Winehouse, to create a retro-infused album that touches on themes like love and heartbreak while telling a story of hope, reconciling with one’s past and looking forward towards a brighter future.