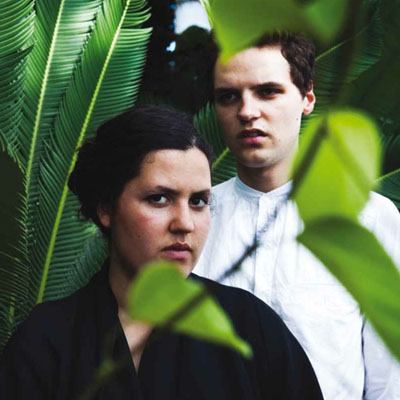 Quadron is a child made by Coco and Robin. Both were part of the soul collective Boom Clap Bachelors which in early 2008 secured much respect and success with it’s debut ‘Kort før dine læber’. Here they began their collaboration, and Robin fell for Coco’s beautiful voice and ability to improvise with playful ease.

Even though Coco is only 22 (at the time) she is already a veteran performer and was literally born to do it. She was a key figure as the front woman in the live band for Boom Clap Bachelors’ band, and now she is thrilling audiences with her and Robin’s material.

Robin Hannibal has a long CV, counting collaborations with Nobody Beats The Beats, Aloe Blacc, Omas Keith from SA-RA, Wally Badarou from Talking Heads /Level 42, Erick Sermon, Plant Life, Yamwho, Buraka Som Sistema and has international superstars like Pharrell Williams (N*E*R*D) and James Murphy (LCD Soundsystem), declaring themselves fans of some of his other projects like Owusu & Hannibal and Parallel Dance Ensemble.

Quadrons stated goal with the debut is to give the soul scene a vitamin boost and provide an alternative to the American R&B that is dominating the charts. They call their music electronic soul, mixing the sound of hand-played instruments with the benefits of today’s computer-related techniques.