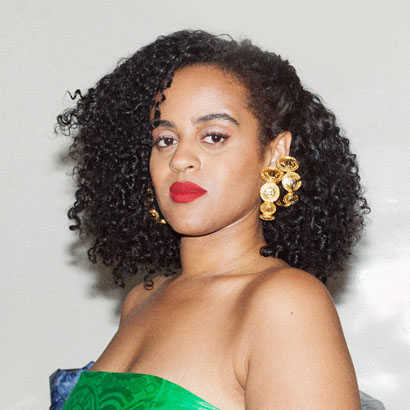 Seinabo Sey was born in Södermalm, Stockholm on 7 October 1990, she is of both Swedish and West African ancestry. She moved to Halmstad, Sweden at the age of eight, and attended Östergårdsskolans music program for musically gifted teenagers.  Seinabo was inspired musically by artists such as Alicia Keys and Beyoncé early on in life. She grew up in Halmstad, Sweden, surrounded by artistry and creativity, her father Mawdo Sey was a renowned musician in West Africa.

In an interview, she recalled being nine years old and watching Alicia Keys and Destinys Child on MTV, leading her to become obsessed with singing. Sey had academic dreams and wanted to study at Yale as an adolescent, being inspired by watching Gilmore Girls, and took academic steps towards that dream, enrolling in a international baccalaureate program in Halmstad, Sweden, although at the age of sixteen she ended up changing course, moving to Stockholm to attend and later graduate from Fryshusets esthetics program with a concentration in soul music.

In an interview, Seinabo noted that “I was really academically tracked… I loved to sing but I could never fathom singing by myself. I tried to push away the whole music dream and thought I had to do something more in line with that, like becoming a lawyer or something, until I was around sixteen. But then I realised I couldn’t really live in that small town so I moved to Stockholm and started music school“.

After she started working with producer Magnus Lidehäll and together released her debut single “Younger”, followed by “Hard Time” and “Pistols at Dawn”.  The singles, which were described as soul-pop, received much attention and accolades in Sweden and abroad. Kygo, a Norwegian musician remixed “Younger”, releasing it in Norway and the United States, this version known as “Younger (Kygo Remix)” peaked on the Norwegian VG-lista charts (for seven consecutive weeks) and on the US Billboard Hot Dance Club Songs.