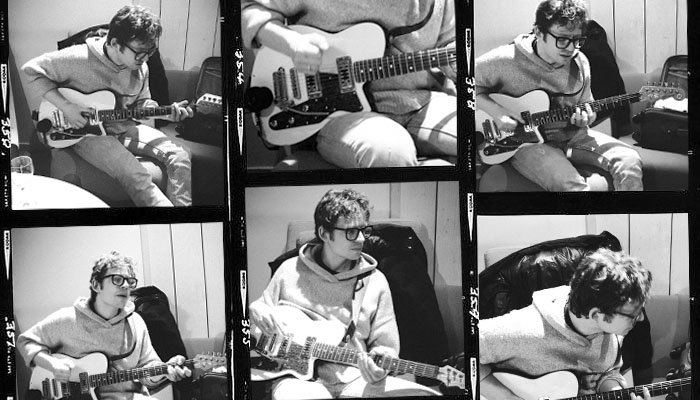 The last time I saw Jarle Bernhoft, he was leaving a bar in Stockholm at 3 am.

He grabbed his jacket, tucked in his cravat and headed into the cold night air. The applause of the crowd after his performance at the Scandinavian Soul Music Awards earlier in the evening still rang in my ears.

I mention this as now I follow the Norwegian singer down the stairs to the backstage area at the venue Nalen as we prepare to reminisce the past and talk about the future. Meeting artists is part of my job. However, with Bernhoft it never feels like work. It feels like sitting with a charming friend, who welcomes you in and invites you to his table. In fact, he offers me a drink as I enter. Courteous as always.

A recent father of a second child, the singer is relaxed despite the scheduled soundcheck running late and sports his ‘once-trademark’ dark-rimmed glasses. His busy private life hasn’t constricted his creative desire and has even raised his bar to a higher level. He sits opposite me in light coloured jeans and a comfy sweatshirt. His overnight travel case rests open beside him next to an elegantly curved acoustic guitar.

I begin by asking about the ‘new’ Bernhoft and the Fashion Bruises.

Yeah, I turned 40 around Brexit, June 2016. I started thinking ‘playing pop music at this age, and I needed to grow up and get a proper job’. Then Brexit happened. I thought what the fuck? Did they do this? The whole Brexit thing was a tumultuous time. Parallel to this, I had a great guitarist in the band who couldn’t take part in the European dates. I’ve played the guitar, but I’ve used it almost as a tool to get the songs across, so I had to get down and practise.

Then I found every worry about where do I find my place in the music scene which is overly EDM (electronic dance music)? Streaming is taking over. The album is going down the drain. So many pillars of music that I relate to seem to be fading away.

I sat down and began to play…and all my worries began to evaporate.

It sounds very yen and wishy-washy, but I found my happy place. This instrument is where I found my self-esteem. I found myself a happier man after a couple of hours in my studio.

Playing more guitar also changed the shift, and the songs seemed to come out guitar-friendly. And when you play more guitar you tend to turn things up, so it’s turned into a more Rock & Roll type thing. The volume is definitely up. It’s a decibel onslaught, but it’s a great band, and they all can sing like motherfuckers so people tend to leave happy.

I can tell he’s happy too from his whole demeanour. Being within a group seems to have freed another part of him, and the joy of camaraderie has heightened his musical prowess.

An intense festival tour gave them the opportunity to try out new songs to the public, and the experience pushed them into new territory. ‘It was like an organized jam session’. He explains his latest single – Buried Gold featuring Raelee Nikole is still wonderfully soulful and most connected to his previous work.

The album is due end of August, but then again.. I used to know how to release albums, I don’t anymore. It’s a different game. The whole album as a format, at least in Scandinavia, has disappeared. I’ll make it still because the album is part of my identity as a musician. I’ve made a couple of EP’s, and it felt good, but having something to write about in a bigger format with an arc which goes through all the songs like a red thread that’s what I grew up with. That’s how I define myself as an artist. I’m an album artist. The album is still valid in the States and Germany and other markets, but in Norway; it’s just songs, singles – back to the fifties! I guess the album will come back in some form.

The singer’s recent promotional posters and videos show the singer without his dark-rimmed glasses, and I ask him if this was a  conscious decision to present a different Bernhoft.

I grew my hair as well. To a certain extent, I can get attention just by taking the glasses off. But I can move about more without them. The glasses fall off, and I can’t see shit. And they get in the way of the guitar pedals, so I started wearing lenses instead.

He’s performing in Sweden tonight, a short trip from Norway and, having lived in the States it must feel good to be home again.

It feels nice to be home in many ways not necessarily in music. Its because I think Norway is in the driving seat musically but it’s very EDM, then when you come to America, and you realise that’s not the case. I’ve kind of found my place eventually. I had to struggle a bit. Still, I like living in Norway more as a dad. As a human being who likes healthcare and social democracy. I truly believe we have a huge advantage over America as a society.

So you won’t take up President Trump’s offer of more Norwegians moving to the US?

There’s a perfectly good reason why we stay in fucking Norway.

I’m still going to go; I have tons of friends there. There are lots of really stupid people there, but then they’re also a lot of really smart people too.

You’re an active social media user. Do you find, being famous, you have to be conscious of comments you make?

Just after the election, I made some comments on Facebook and Twitter. I was using the fine art of sarcasm, which doesn’t translate into American ‘anyness’. I experienced a real drop in followers and people thought I was a white supremacist or whatever!

I got so much flack for it. Hello? Have you heard of sarcasm? If you’d paid attention to stuff that I did before then, you would have known that there was no way that I could have been a right-wing extremist. But it was too early. I was joking about it because there’s no other way to deal with it I feel. I could sense horror all over America with people who did not see this coming and saw the imminent end of the world.

I feel there is a certain need to be careful, but if you’re not careful, then the worst thing that happens is that the really thick people unfollow you, and as a sense, the herd gets stronger. So I don’t mind really. I had this perspective from Eddie Izzard when he was asked how he felt about touring America as a transvestite comedian he said ‘It’s great. All the stupid ones stay at home.’

There’s a certain sense that I don’t want to be preaching to the choir either and I am trying to engage with people who don’t necessarily agree with me, but there is a certain limit to my patience with stupidity.

There are many times that I wanted to post something and I ask myself is it necessary though? Do I need to tell one hundred thousand people what I think about this or am I content with just speaking to the ones around me? And 90% of the time that’s what I do. It’s fine for me just to let opinions be my opinions and not have to get them out there all the time.

And the way social media polarises people. I might feel insulated from being polarized, but I can’t really be sure. It’s good to talk to people face-to-face because we all can get carried away in front of a keyboard.

How to find yourself and stay human in a technology world? That’s in a sense the project for the whole album. It’s trying to find the humanity in music as well because the music environment is very much mechanised. You can listen to a song that sounds like a synthesiser that sounds like a drum machine, and even the vocals sound like they come from a machine. There’s no humanity left. That’s what I’m trying to do – we are humans here!

We also shouldn’t be afraid of stuff. We should use it. I like the fact that alcoholic exists. I don’t need to get high every day because it’s there, but it’s good for us to get drunk together, relax and have fun.

Tipping his hat to Bruce Springsteen with cut off sleeves and a guitar swinging from his waist, Bernhoft proceeded to deliver a driven, brilliant and captivating performance.

Funny and entertaining, his quick wit and humour between songs bonded a seamless and faultless show. The screen projection visually enhanced the stage instead of distracting.

Although less soulful than previous gigs there was still ample moments as essences of Prince and D’Angelo weaved through his set. Swedish singer Joanné Nugas (see photo) added extra spice when she joined Bernhoft onstage for the track Buried Gold. He certainly felt at home with the guitar as his solo playing demonstrated. His encore version of Jealous Guy has to be seen and heard.

There are very few performers today who can truly offer the full package. Many artists may also be skilled in instruments, songwriting and singing. However, the final element lies in the ability to take that from the studio and deliver an engaging and personal experience. Bernhoft exceeded in all departments. Tonight he proved he didn’t need the clever loops and layered solo vocal performances that had previously left many open-mouthed – as the same audience left in awe again after seeing him together with a full band.

All the greats haven’t left the building after all. 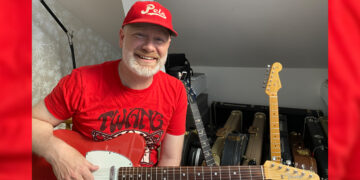