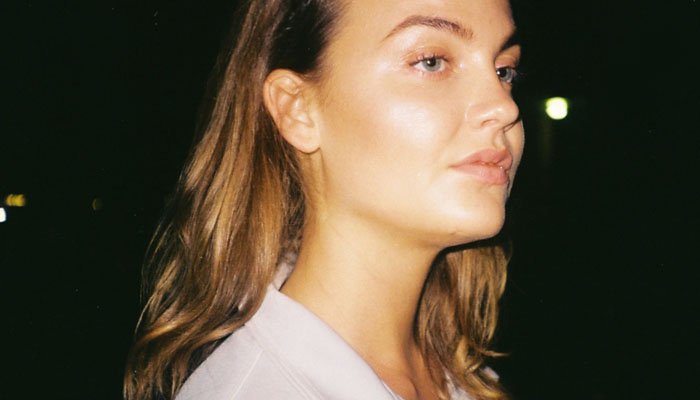 Shalisa Taylor / Yours to Keep

BETTE – A journey of discovery inside and out

It can be difficult for some to fully embrace songs not sung in English, however, we endeavour to continually demonstrate the universal language of music regardless of vocabulary. A fine example is upcoming Danish singer – Bette. The songstress recently released her debut video and Danish sung track – Darling. The polished R&B and soulful tones proved to be a captivating showcase of the artist and we were keen to discover more.

– Hi ya Bette, thanks for taking the time to speak to us!

Hi Andy, nice to meet you! Thank you for your interest in my music, I am happy to appear on your site!

–  Bette, is that your real name and where were you born?

My given name is Bette Maria Dandanell, Bette is indeed my real name – when I was younger I hated it. Today I only lie about my name when ordering takeaway, it’s much easier that way! And I grew up on a farm in a small town in the countryside of Denmark.

–  Who are your musical influences?

I am inspired by so many different artists, and I’m sure that no matter how long a list I make below, I won’t be able to list all the great artists that have inspired me to do music myself. However, I put some of my favourites; Stevie Wonder, Jill Scott, Eric Roberson, Hiatus Kayote, Tim Christensen, Monica Zetterlund, Partynextdoor, Beyonce and Jordan Rakei.

–  Where do you get lyrical inspiration from?

The first thing I pay attention to when hearing a new song is the music, and then later I notice the lyrics. It can take me quite some time to really feel the lyrics, but I admire artists that manage to communicate emotions with metaphors and simplicity.

–  Was it a conscious decision to sing in Danish and not in English?

To be honest, to write in Danish was more a coincidence. I didn’t really listen to Danish music myself at that time. In a way I felt much freedom when I first started writing in Danish because I didn’t have any rules about what Danish lyrics should sound like, I just wrote what I felt. But I would definitely be open to try writing in English at some point.

–  How would you describe your music?

My music is mainly about melodies. If I have to put it into some kind of genre box, I’d say R&B. But I’m still finding my way.

–  We’ve just discovered your debut video – Darling. We’re not Danish speakers so can you give our readers a little synopsis about the single and the ‘barbershop’ video? For example, where was it shot and why there?

Darling is about being in love and feeling insecure and uncertain whether the feeling is reciprocated. It’s also about taking chances even though you have no idea what it will bring and just making the most of everything. The video was shot in Lagos, Nigeria. My friend Sara Frost, who directed the video, has some friends there, who are now my friends too, and therefore we had this great opportunity to visit some amazing people and their country.

Thanks to Adidas Originals, who supported the video, we were able to make it a reality. We felt like this trip was very much in line with the theme of the song – taking a chance and making the most of it.

–  You are about to release a double A-side.  Can you tell us about these tracks and why you’re releasing them in this way?

Both tracks are about love.

‘Væk’ is about being in love with someone, and knowing the feeling is not mutual. For me, this resulted in feeling stuck between thoughts in my head that were holding me down. In a way feeling unwanted, and on the other hand, knowing that everything was okay. It ended up being me thinking less of myself because of the situation of someone else that I can’t control or fix. I wanted to write a song about being divided between knowing what is real and the feelings that can overwhelm this truth.

‘Ikke Længere’ is about being in a relationship and observing and knowing that things have changed. It’s about being in this phase where you are still trying to fix things, but you know where it’s going.

–  What’s been the best thing that’s happened on your journey so far?

Everything on this journey is very meaningful to me. To me, it’s a journey inside myself and a journey outside in the real world – and they both feel equally important. I get to challenge my comfort zone and push myself. At the same time, I get to publish and play my music to people and see the way they react to it.

– If you could work with one artist, who would it be? (Preferably still living!)

I’d like to make music with someone like Jordan Rakei. To me, he seems honest and real in his music. When he walks on stage he connects with the people he’s singing to, and to me, that’s very inspiring.

I take one thing at a time, and right now I put all my energy in my double A-side, which releases the 19th of October, followed by a concert at Rust in Copenhagen on the 26th of October.

The singles ‘Væk’ and ‘Ikke Længere’ are both out this Friday.
And thank you again Bette, for the exclusive pre-listen to these neo-soul soaked gems!

Extra special thanks to Frode (North Of).