After producing music for a wide range of artists in an era where producers usually stick to one or a limited set of genres, Swedish music producer Christian Falk was never afraid to approach any type of project with deep interest and passion.

His many collaborations showed signs of a curious and experimental mind where he always managed to pull the rabbit out of the hat, so to speak. Where a lot of respected producers often finds their “pull” (sound) quite early on in their careers and sticks with them until they retire, Falk had a way of always bringing something new and fresh to the table on every new project he worked on.

From the sample-based hip-hop funk that was Swedish band Stone-Funkers where his chopped up, but driving bass-lines, hypnotized and captivated audiences, keeping on their dancing feet. Whilst on the flip side, his venture into Reggae music kept him dragging the beat behind with his own twist, first with Papa Dee, The Gothenburg Microphone Poet, then years later on with Daddy Boastin, from the rap-group Latin Kings, in a project that showed no signs of replication.

With a solid Punk-background the edge in Christian Falk’s music was very evident.

His indulgence into hip-hop music brought him together with the cream of Swedish MC’s: ADL, whom he had earlier collaborated with from Stonefunkers in the early 90’s. This project would be different merging allowing him to draw on his early punk influences with his funk ones, with the result a hard-hitting form of beats exhibited in the ADL-track “Daddy”, a track that immediately drew the interest of NY based Sean “Puff Daddy” Combs.

Alot of other rappers got involved with Falk during the early-90’s while he was still able to obtain his originality in his productions. Gritty drum loops, taken from some of his favourite records whilst growing up, mixed with his bass-guitar aficionado, created a groove even the stiffest bodies couldn’t resist.

During the same era he became heavily embroiled in the emerging soul-climate in Scandinavia.

While playing bass at the Jazzclub, Fasching in Stockholm, Sweden, Falk and his co-musicians thought for the longest time about doing a funk and soul inspired record using their club-name “Blacknuss” and using the talent that was around at that time.

Soul-Singer Titiyo Jah‘s heavenly vocals grazed a lot of Blacknuss early demos, and her good friend Jennifer Brown was also up in the mix.

What started at Fasching and then in the studio would later become full-fledged hit records.

Singer Lisa Nilsson, who was still riding on the success of her record “Himlen Runt Hörnet” (Heaven Around The Corner) joined in together with funk and reggae musician Desmond Foster to create a plethora of classic covers and a few stellar original compositions, with Falk still putting the magical twists and touches on the final projects.

No one is perfect and some might say that working with Falk was often difficult, however everyone I have had the pleasure of working with who used to work with him still understands and appreciates his genius, his free-spirit and his focus.

After putting a stamp on Scandinavia and Sweden as a ‘funk-nation’ in the 90’s with his brand of funk, he started working with a few up and coming vocalists, one being talented singer/songwriter Awa Manneh.

Awa managed to convince Falk that she wanted to produce her debut-album by herself – Falk obliged, but not without first producing her lead-single. “Shook, Shook, Shook”, with it’s blend of hip-hop-styled string arrangements, Toto-esque harmonies and pop-styled rhythm section was a huge hit causing numerous Record labels to get hip to this new soul-queen.

The other vocalist he forged a relationship with even earlier on during the Blacknuss days was a 16-year old singer called Robyn. Later, in 2008 they enjoyed a Top 40 UK hit with “Dream On”.

Their collaborations reached its peek during the times where Falk got immersed in the club and house music that had been booming years earlier in the states, but was still missing from the Scandinavian landscapes.

This album captures his brilliant bass and arrangement-skills, but also highlights what a distinguished writer he was with an uncanny ability to get people to really feel music. 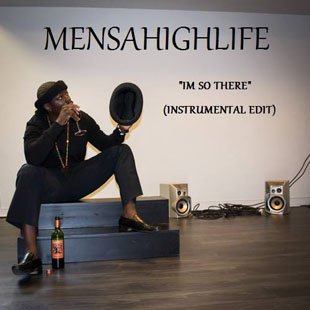 It was this ability that inspired me to produce music – creating a soundtrack to the emotions that one wants to communicate, a collage of experiences and hopes for the future – all in a radio edit time line.

On 24 July 2014, 52 year old Christian Falk passed away after a long battle against cancer, but the vibe and feel that he managed to re-create with every artist he worked with still lives amongst us and inspires us on a daily basis even if we are not aware of it.

So I decided to create a fitting musical tribute to Christian Falk – the man, and the most distinguished album “Quel Bordel”.

“Music for the mind / Music for the feet / Music to make ones thought and heart skip a beat / You’re so here and I’m so there, Champion sounds lives everywhere. Christian Falk, I salute you!
Stevie “Mensahighlife” Mensah (Photo by: Maria Angelica Bäckman)