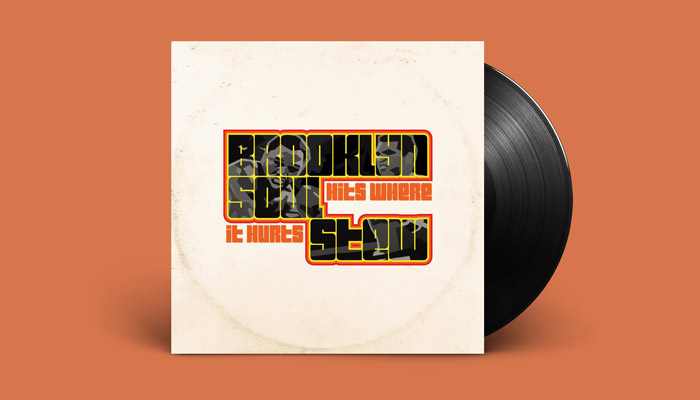 In the modern age of digital streaming, one can have an increased sense of appreciation for an artist or band who produces their work as a physical LP. For record lovers like myself, the tangible element does achieve an additional layer of respect. Not only on their financial outlay but the artwork, in Brooklyn Soul Stew case – a stylish, retro design by Magnus Häglund, also gains applause.

It is, however, inside the cool sleeve and the music contained on the disc that matters most.

The albums’ inspiration blooms from the roots of US ’60s soul music. It is clear; the Swedish band adores the ache, joy, and romance of this classic music era for their own storytelling. Using both male and female singers, Brooklyn Soul Stew produce a retro authenticity in their arrangement with a concert of instrumentation such as; trumpets, saxophone, trombone, guitars, and keys. Together they create an expansive big band experience while saluting a history of black music and icons.

The albums track playlist alternates between the male and female singers (Pär and Annsofi Wigert). Excellent in concept, this only stumbles as Annsofis’ vocals lack the impassioned expression of Pärs’ or fellow female artists like Nicole Wills, Kinny or the late great Sharon Jones to claw and pull at the emotional coat lapels. Anna shines where the softer melodies reside such as on Born to be Blue; there she marries perfectly.

Hard Times lives up to the title of the album and gets in the ring of life’s struggles. In an age of Trump, global warming and political unrest (even in Sweden) the album is a little thin on social commentary and avoids throwing those hard-hitting punches. It was also a shame a band of such class and aptitude had omitted any instrumental cuts too.

However, Brooklyn Soul Stews’ musical message comes from an honest, embraceable place, welcoming all and charming.

Hits Where it Hurts is an album mature listeners, in particular, will enjoy, where the emotions of past Southern soul greats are still warmly treasured. Just don't expect to get hit between the eyes. 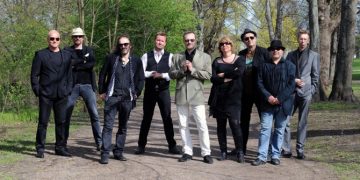