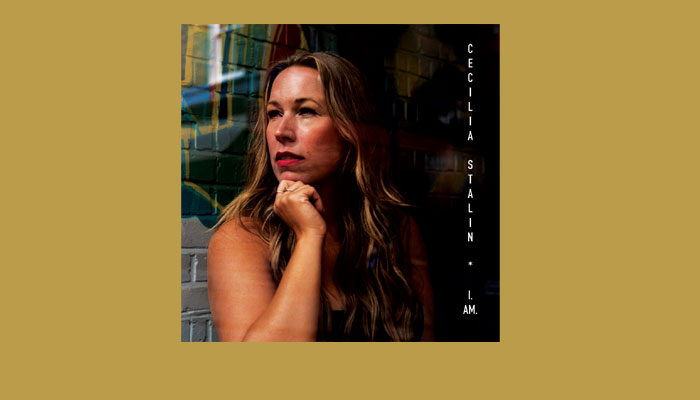 We Come in Peace - Lee Bowie

Cecilia Stalin is, undoubted, one of Sweden’s finest Jazz singers. The beauty of such talent is when she expresses herself in soul music, it is as natural as breathing.

The singers’ new album I.Am. is described as an introspective journey and her most honest. Across the ten-tracks (inc. Brave extended) Cecilia invites you to a masterclass in vocal techniques and instrumentation. If its modern Jazz or a neo-soul flavoured groove, Cecilia’s voice is always engaging with the vocal dynamics of an artist in her element.

Released is a smooth, soothing and summery gem that feels Roy Ayres-esque (read Listeners Notes below). While fans of Erykah Badu will hear her influence on Blunt-ly. Produced from the template of neo-soul, the catchy chorus and climatic highs in this arrangement make it an electrifying listen.

Ahead of the track, Brave Cecilia tells an insightful message about failure and the desire to keep pushing on. It’s uplifting and sincere words.

The arrangement throughout is unhurried and each track is given the necessary time and space to flourish and be absorbed.

The album transitions smoothly into jazzier worlds with tracks like; Sun God and Chance. Admittedly the latter songs didn’t tighten a grip on me, only due to the glowing diamonds the album opens with.

The different styles almost feel like the ‘Best of Cecilia Stalin’ – a mix of world influences from her varied past. Both forms keep the listener attentive, and this ambidextrous mix means you could expect to hear this on Jazz and soul-based stations.

In a year that has already seen a high number of unmissable albums, this easily makes the list.

Credit to all musicians involved:

Listening on quality equipment (I’m using iLoud Micro Monitors for this review) this album presents your ear with a multitude of depth to explore as you focus on each instrument beneath Cecilia’s vocals. Released is a perfect test. The piano key solo should so sound real, you can almost hear the recording room dynamics. Listen to how Cecilia’s vocal travels to the left and right speakers. And the cymbals of the drum should tingle at the end.