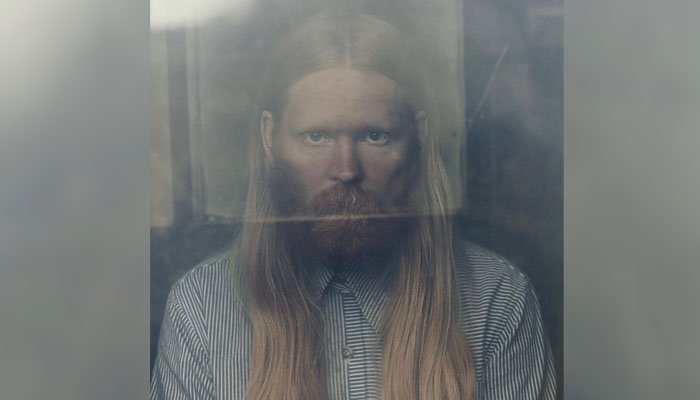 There is no part of the planet the heart-warming, passionate tones of Sam Cooke, Marvin Gaye and many others haven’t reached and in Iceland, those seeds are bearing marvellous fruits.

In the world’s most northern capital Reykjavík, best known for long cold winters and singers such as Björk and the brilliant band Moses Hightower resides Júníus Meyvant. His soulful vocals already extend far beyond those distant shores with past releases and his latest single/video – High Alert.

A mixture of blues/folk with soul and pop influences exemplifies the fusion of sounds in Júníus Meyvant music as much through his rich voice as with the arrangements. Long-haired and bearded Júníus cuts a somewhat isolated and forlorn figure on the cover art of his forthcoming album Across The Borders (see image below), yet behind the expression lies a deeply connected soul to the world and conveyed in the manner of past greats.

I strongly recommend listening to Júníus Meyvant back catalog to discover a series of other gems (many worth owning on vinyl) and stay tuned to forthcoming releases.

Unnar was somewhat brought up in a musical and religious household in Heimaey which is the largest of the volcanic archipelago off the south coast of Iceland. The island’s microscopic population (mere four thousand) and wild and rugged nature was a great playground for the energetic Unnar. As a young boy, he was eccentric to a small degree who spent most of his time skateboarding and making paintings. From time to time he asked the Muses if he should learn to play an instrument, but his impetuous and free behaviour terminated his dreams as he was quickly suspended out of music school. All through his teens, he rambled on without even considering becoming a musician or even playing any instrument. 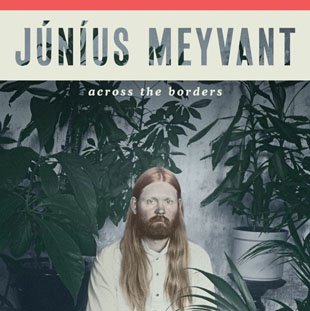 In his early twenties, Unnar stumbled upon a beat-up guitar at his parents’ house and started noodling around. By playing the guitar he managed to tame his inner beast and his sense of songs and melodies burst like rockets. The uncontrollable urge for writing music and constant flow of ideas kept him tossing and turning every night and day forever and a day. For a while he filtered his ideas through a band that didn’t live up to his creative requirements, so he decided to undertake his alter ego Júníus Meyvant.

Júníus Meyvant’s afflicted, concise, melodic and rich take on freaky folk-pop has a highly familiar and soulful feel to it and a hint of attitude. Júníus’ wide sound pallet is all-embracing and made up with his sultry voice, sizzling guitars, pummeling rhythms topped with washes of horns, synths and mellotron. Drawing comparisons to Sam Cooke, Charles Bradley, The Rolling Stones and Devendra Banhart the thirty-something musician has a few singles, one EP and one LP under his sleeve.

2014 was the year he premiered his award-winning and critically acclaimed debut single “Color Decay” via Record Records. The single garnered much praise in his homeland and furthermore in international publications such as KEXP, NPR and Gaffa. In the following year, Júníus received the Icelandic Music Awards for the Best Single and Newcomer of the Year. After successful tours in Europe and the US (including performances at Roskilde Festival in Denmark and Bumbershoot in Seattle) Júníus released his debut full length, Floating Harmonies, in 2016.

In the year 2018 Júníus finished the making of his sophomore album, Across the Borders, with musician and engineer Guðmundur Kristinn Jónsson (Erlend Oye, Ásgeir, Hjálmar) in Hljóðriti Studio. The eleven-track album is released by Record Records.