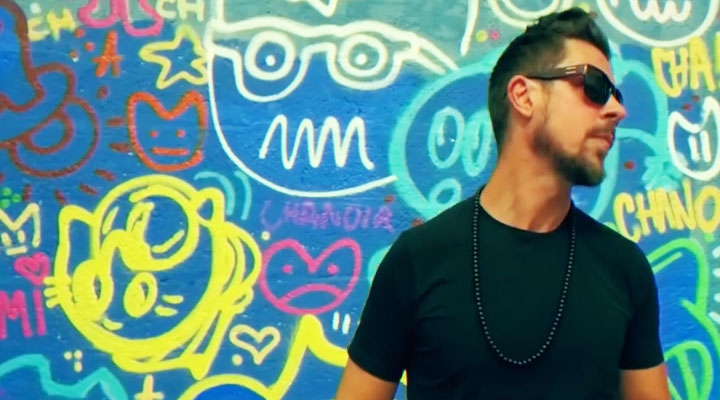 An in depth chat with the Swedish guitarist, singer.

How do you cut down a two-hour conversation with Andy Pfeiler discussing music and politics, interspersed with bursts of laughter?

With great difficulty is the answer, but I’m confident the edited result (18mins) works in giving you an insight into this funky Swedish musician.

I took the opportunity to meet Andy Pfeiler ahead of his new album Brain Boogie which lands Sept 30, 2017. The album is a slight departure from his previous and has a serious undertone which you can hear in the first single – Space Xpress. We talked about his thoughts behind the concept. Though Andy releases solo projects, he was keen to highlight the positive dynamics of working in a band which he regularly does with the Nils Landgren Funk Unit.

‘Some days you can be tired of your own playing… I like it when it’s an exchange of ideas. When you’re having a bad day, you can feed off someone else and get inspiration. It can suddenly turn a bad day into a great day.‘

Later we touched on politics, and the conversation swung like a pendulum only broken by my need to make camera adjustments.

However, we were here to discuss music, and as an artist who regularly seems to perform abroad, I asked him about his view on the Stockholm music scene. His conclusion married mine.

Sitting with Andy in Stockholm he was as warm and cheerful as he comes across in his videos. I hadn’t noticed until editing the footage later the number of different hats he has. He’s seriously stylish, and after the cameras stopped, we even discussed men’s fashion, the importance of good shoes and shopping. Yep, typical men!

He’s already released four albums, and his soulful, funky and honest style is the real thread that runs throughout his music.