We spoke to Swedish producer Johan Nilsson about the band and their funky soulful sound.

Over the past two years, songs by Band of Pockets have become a regular feature in our playlists. Their discography, including tracks such as the irresistible Damn, I see you Dancing, The Crown, and their latest release, Changes, deliver alluring varied soundscapes that merges disco, R&B, and neo-soul vibrations with warming soulful vocals.

A collaboration between concept creator, Swedish producer Johan Nilsson (see top photo), and American soul-singer Yona Marie, we reached out to Johan to discover more about the band’s influences and the future.

Hi Johan, we’ve been listening to Band of Pockets since you sent us your debut tracks. How would you summarise the band?

Oh, it’s a collective get-together band with various musicians chipping in. Still, the core band is me (Swe) on guitar, Yona Marie (US) on vocals, Liz Gaylord (South Africa) on keys, Jason Meekins (US) on drums, and Samuel Nilsson (Swe) on bass. Then I hire some extra groove-merchants when needed. We are a tight little crew. But we live in different parts of the world, so it’s about sending files and inspiring each other.

Where did the name come from, and does it have a special meaning?

Well, starting this project, I knew it had to signal that this is a BAND, or a collective of some sort, not a single artist. So, the ‘Band of…’ I had in mind early on. But ‘pocket’ came later, and as we all know “in the pocket” is a term for when musicians groove together… I thought it was suitable since we are into R&B, soul and funk.

As the producer, who are your musical influences?
I am heavily messed up since I play and enjoy so many things… From Jazz to hip hop, soul to rock, but, as a producer, I tend to go back to Michael Jackson (Off The Wall) and early Prince. That sound. Basic, clean. But now and then, I listen to Missy Elliott, and I think… one day.

Band of Pockets has released soul/R&B, dance tracks and love songs. Is there a genre you enjoy making the most?

We enjoy the funk and the soul, but many songs seem to end up in the chill R&B spectrum. Please don’t ask me why! It’s just the way it has turned out so far.

What comes first, the melody or the lyrics?

That differs! Sometimes the melody, sometimes the words. “Mayday, we’re going down” was a ‘typical’ opening line, and then Yona Marie expanded on those lyrics. But mostly, it’s chords and melody, and I try to pin down a nonsense-word melody that I leave for Yona Marie. She writes most of the lyrics, but sometimes melodies too.

What’s been the most challenging part of making music?

Nothing is complicated, really – just time-consuming to get it right. And when I think I get it right, I understand that it’s not right yet. I need to work on it some more. But I’ll say the sounds, the arrangements, and the mixing make it sound great. Writing songs is easy. Especially mediocre songs, which I try to avoid!

You’ve released two EPs and several songs in just two years! If people had to pick one Band of Pockets track for newcomers, which one would you recommend?

The Crown. I am still amazed at how good that one turned out. Another one is “Mayday, we’re going down”. Some serious groove on that one. And “Boogie Disco“, what the heck, it makes me happy. Then I really like Don’t Want Trouble, but that’s the least streamed song of all. So I am alone in liking that one!

Well, it’s two of us, Johan! The b-line is gorgeous and the video is excellent. So, what’s next for Band of Pockets?

Well, at least two new singles are in the pipeline! They will be released around the end of this month or September. After that, I don’t know. But inspiration will strike, I’m sure. Sometimes I am planning for the first album… 10 songs. That would be cool.

Besides a phone and wallet, would else recommend everyone keep them in their pockets?

A pick. You never know when you need to try a new guitar. 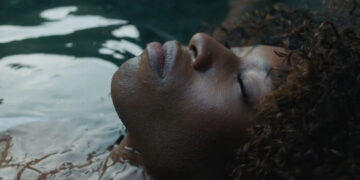