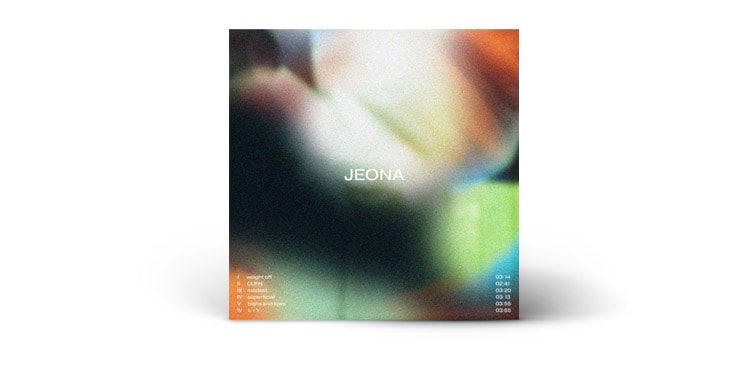 JEONA revels in a sound where the likes of soul and jazz reach a futuristic sonic border and start turning into something else altogether, something new, different and as yet undefined. To say that this isn’t soul music would to be to let tribal lines and sonic demarkations blur your vision. To say that it isn’t jazz-infused, or at least full of jazz sensibilities, would be to overlook the ornateness and deftness from which it is crafted. Perhaps just as a prophet isn’t recognised in their own land, a sonic visionary is likewise not appreciated in their own genre.

JEONA EP goes beyond the usual tenets of such genres, playing with synthy ambience, pop-like immediacy and understated, indie cool as well as the more expected soulful and R&B grooves and off-beat complexities. But going beyond what already exists is just another name for evolution, and all music has to evolve.

Highs and Lows is perhaps the song which acts as a bridge between chilled soul past and the sound of the future being written. Sultry and smooth yet forged from cool energy there’s a slight clinical detachment which comes from working with digital forms. Superficial is built of confident pop-beats and wandering dynamics. Taking in dancefloor groove and chillout room minimalism and CUFN (Change Us For Nothing) is the sort of late-night mood-setter that sounds perfect coming through the radio or nightclub speaker alike.

L + Y round things off in a strange and beguiling blend of the nineties pop groove and vocal treatments which have been warped together with a computerised gospel choir, making it simultaneously slightly nostalgic and forward-thinking, intimate yet otherworldly.

JEONA EP is the sound of the future, and I don’t say that lightly. It is less someone mining past soul sounds into a new era, more someone already in the future building a bridge backwards to make the connection. And this bridge is soft and, oddly enough for its reliance on digital building blocks, drifting and ambient, with JEONA’s voice falling into a perfect, gender-neutral middle ground.

The purists will probably deny that this is the sound of R&B and soul meeting its future self but something other, which is sort of the point. And protesting too much is always a sign that in their hearts, they know the truth. The future may be unwritten, but at least it has a soundtrack.

SEE THE EP VIDEO SAMPLER BELOW

JEONA EP is the sound of the future, and I don't say that lightly.