Danish soul singer Jonas, hailed by many as the Godfather of Scandinavian Soul, has now released his new album Først Til Sidst (First To Last). 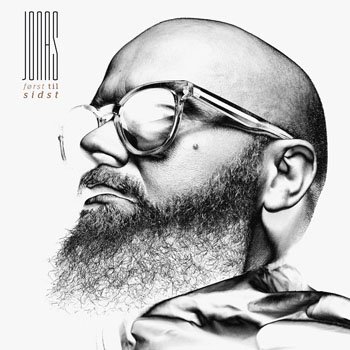 Jonas has worked with soul and R&B for more than 30 years and debuted in 1999 with the group Jonz. Since then it has released two solo albums, aided in lots of other projects and toured in most of the world.

Jonas also has heavy roots in hip hop, including as a singer, a band member in the group Sweatshop and back up vocalist for Outlandish, Barbara Moleko, Rasmus and others. In 2015 he performed at The Scandinavian Soul Music Awards in Stockholm.

The new 11 track album is his first release all sung in his mother tongue.

Our Danish visitors should listen to the hour-long interview by RunForCover below who spoke to Jonas about his career right from the very beginning in Esbjerg as a young graffiti artist, the long-haired heavy-musician to now – one of the best soul singers in Scandinavia.

You can listen to Først Til Sidst, which has brilliant cover artwork, on spotify: https://play.spotify.com