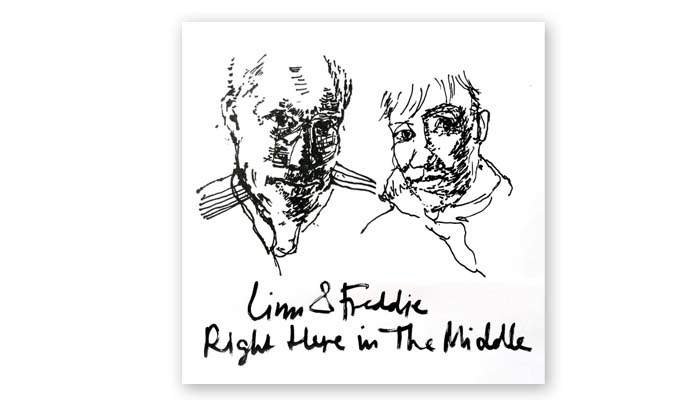 If the third duo is new to you, then we’ve got a feeling you don’t live in Stockholm or are unfamiliar with the underground soul music scene in Sweden.

And that’s why we’re here!

Since 2004 the producer and singer have combined to create a fusion that resonated immediately with listeners. The high levels they set with singles such as Beneath His Wing (regarded as a Scandi Soul classic) and Waiting For Spring has been maintained on this new nine-track album and dare I say.. exceeded.

Each track is commendable, playable and replayable.

Freddie dives into his vaults of musical history and cleverly pays homage to the greats with samples from the Love Unlimited Orchestra on Let Me Talk To You Baby, and a reimagined, reggae/ska-fused version of the William DeVaughn classic – Be Thankful For What You Got.

However, it’s the skilfully overlaid tones of Linn who steers these to an even higher dimension. The Swedish singer, who has one of the most beautiful voices the country has ever produced, exemplifies the art of music, lyrically and vocally highlighted on sublime tracks like the album’s Title song and God’s Light (featuring Salam Al Fakir).

If it’s with piano samples from the ’30s (Under My Skin) or 70’s inspired beats (Meet Me at The Disco) or with hip-hop style vocals (Sunshine), you feel Freddie wants us to approach this album with the same border-free openness, marvellous curiosity and warm sense of nostalgia he has. It’s the message Linn’s soulful vocals exquisitely deliver.

The ballads are deeply engaging, and the uptempo grooves attach instantly and wirelessly to your feet.