Lift-off with Jazz, R&B and hip-hop fused with striking captivation.

On the new track, Klara Zangerl aligns with Bowie visions as she pens to her future self and our galaxy’s intriguing red planet.

From the outset, Mars 2022 takes you into an enthralling constellation of Jazz, R&B and hip hop. And like a space ship, the atmospheric single continues to rise with a delightful catchiness. Besides Bowie, the Swedish songstress is musically inspired by artists such as Ravyn Lenau, Erykah Badu, and FKA Twigs – this blend has transposed into an exciting new songstress.

‘Mars 2022 is written almost like a letter from my future self. It’s about how thoughts, problems, and feelings tend to lose their impact and meaning over time. They get lost in space and time as new ones arrive, and all that remains is a vague memory of what used to be one’s whole universe’, Klara says.

Aged just 18, Klara Zangerl absorbing single is the first taste from her upcoming EP due later this year. The songs promise to continue exploring her life’s stories as she journeys into adulthood. 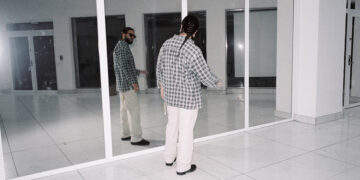