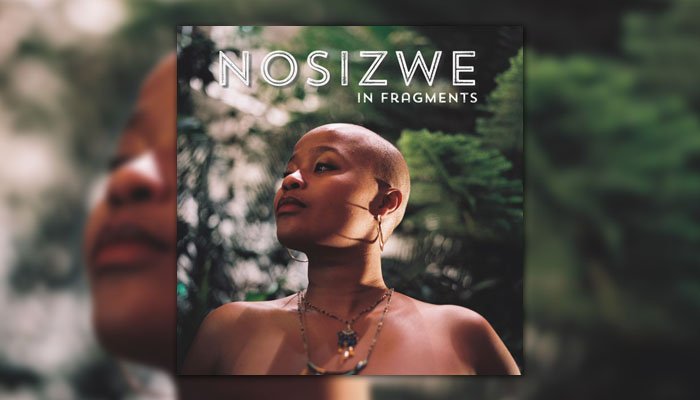 REVERSE LIGHTS ON: Nosizwe – In Fragments

Let’s do some maths.

If the availability of recording software and access to small but well-equipped studios means that more and more music is finding its way out in the world, but the amount of people actually reviewing (as opposed to just sharing and streaming) is decreasing then it goes without saying that smaller (but perfectly formed) sites such as this often have trouble keeping up with all the great music that comes its way. But just because the review might not appear at the point of release, there is no reason why we can’t still help the cause a little further down the line.

I say this by way of explaining why this review is of an album which has been out in the world for over a year now, but great music is always going to find a champion, they just might take a while to get around to it. And In Fragments was never going to get too far away, for this is indeed great music.

It goes without saying that anyone who grew up in both South Africa and Norway is going to be subjected to a very eclectic set of influences and that is apparent right from the off with this record and opening salvo ‘Songs From Nosizwe‘ is a marvellous blend of western pop and African vibes.

it never stands in one cultural circle or the other for too long but instead creates its own new world and acts as the perfect lyrical introduction to the artist and the album.

And if the current single Hey Ya does skirt closer to a sultry western soul groove and Nordic Lights delivers a wonderful sense of place via rap and creative alternative R&B experimentations, tracks such as Can’t Keep A Good Woman Down and Breathe have something more of her South African roots at their core. Then again The Best Drug is a new take on seventies Detroit funk-soul, bass heavy and groovesome, proving that this is a journey with many twists and turns, some physical some more sonically spiritual. But just as it isn’t an album that is easy to pin down geographically, neither is the form of the songs always conventional.

As the title suggests In Fragments isn’t just a collection of songs in the familiar form but is interspersed with what are called skits or musical fragments and found sounds. It cleverly weaves spoken word interluded with a cappella pieces and reprised and revisited ideas – all of which makes the album feel more intimate.

This isn’t just the sound of Nosizwe at work in the studio, this is a snapshot into her life, music which expresses her train of thought via small outtakes, music which doesn’t feel the need always to be taken to its logical conclusion or just musing on ideas intended just to provoke feelings and thoughts in the listener.

The world is a small place, people are ever more curious and mobile creatures, cultures are blending with each other more and more, and people are less and less part of the story of just one country, and so it comes as no surprise that today’s music is a reflection of that quickly changing world.

In Fragments is a mirror to that idea, not just the story of one artist but the story of the mercurial, brilliant and quickly evolving world that we all call home.