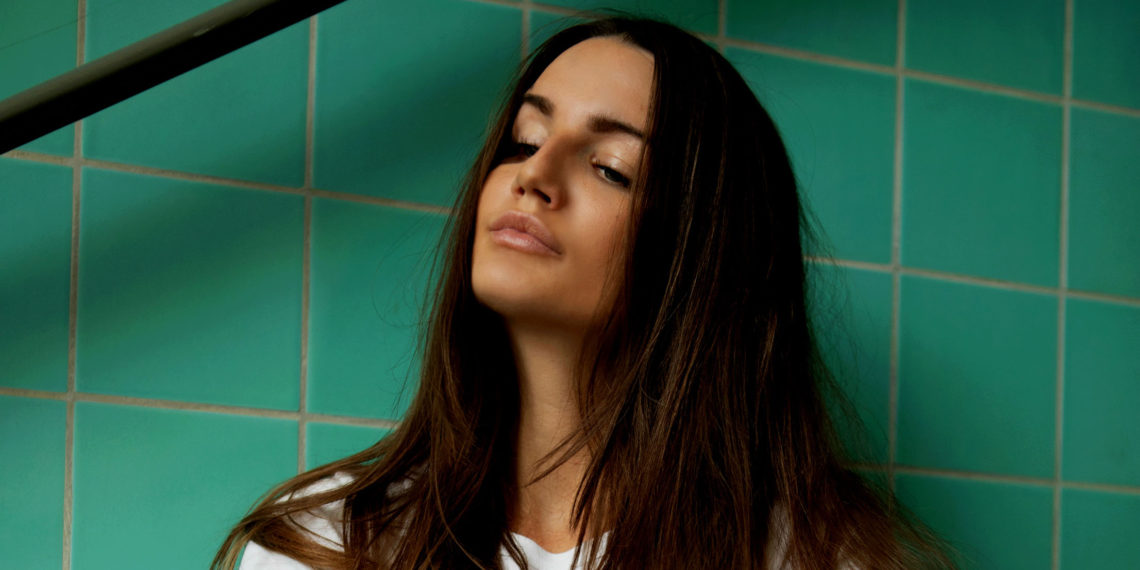 Danish singer Shira Lea Mozes is a relative newcomer with two singles to date. Her debut release, Too Late, dropped on 25th May alongside an official video featuring the stylish young artist.

The single revived from the UK Garage scene is catchy and uplifting with soulful harmonies. Shiras vocals are soft, and sensitive while an aura of cool oozes from the dark-haired singer. Her second released to date – Vibin’ (17 August) continued to flow with feel-good vibes.

We caught up with the songstress to discover more.

Shira, that’s a beautiful name. Is there a story behind it?

Thank you!
I have a Danish mother and an Israeli father. When I was born they decided to give me the Israeli name Shira, simply because they thought it was a beautiful and unique name. The fact is, that Shira actually means song in Hebrew, which is very convenient for me now haha!

Were you born in Copenhagen, Denmark and are you from a musical family?

I was born and raised in Copenhagen. Musicality definitely runs in my family. My mother used to be part of a girl-band back in the ’80s. My dad has a great musicality as well, and my sister sings and plays the guitar and piano. Music has always played a huge part in my childhood. My parents have played music from both their countries (as well as countries in between) throughout my whole childhood. For my 3-year-old birthday, my parents gave me a microphone and a little speaker, a few years later I got a keyboard, and then a karaoke machine followed along. In that matter, my family has always made my drive and passion for music grow.

When did you realize singing was something you wanted to do and take further?

I’ve always been singing on a hobby level, but it is actually not that long ago since I decided to take it further. I have a lot of friends doing music and I have followed their musical careers and joined them in the studio throughout time, but just observingly on the side. However, this time last year I went to the studio with a producer/artist friend of mine, and we impulsively decided that this time we would make a song for me. After a few hours, I left the studio with the first demo of mine. I remember listening to the demo on my way home, all happy with the thought of wanting to make more music.

I am a person that jumps very quickly from thought to action, so after that day I just very naturally took action on it. I went and bought a microphone and a soundcard and from then on I started creating different songs, which resulted in the release of my first single ‘Too Late’ in May.

According to my research, you lived in London for a while. How was this experience and did it affect your musical direction?

Yes, I moved to Shoreditch, London last year and lived there for 8 months. I’ve had a feeling for quite a while that I wanted to try to live somewhere else than Denmark. I was in need of new surroundings and of a little adventure. I bought a one-way ticket, from one day to the other and I had nothing else planned than a place to live. I loved living in London. I met so many fantastic different people, and most importantly I learned a lot about myself. But it was also a very challenging experience, spending most of the time working and a lot of time on my own, which I was not used to. It was during this period that I began to find it interesting to write lyrics. Mostly I would sit in the tube, and write fragments of song lyrics while travelling to and from work. In November last year, I went home for a little holiday, and that was when the aforementioned first demo-experience took place. A few months after that, I decided to move back home with the purpose to chase my new goal: making music.

In terms of the effect on my musical direction, I would say that my London experience did have an impact; I remember one night at a club in London, the Jorja Smith x Preditah “On my mind” tune got played, and immediately caught my attention. It is a song in the UK garage/2 step genre, which origin is, of course, from the UK. I found it so catchy and uplifting and then knew that I wanted to make songs with the same vibe.

Are you signed to a record label?

I am currently not signed to a label. It was a well-thought decision to do both my releases on my own since I was privileged to know someone who was able to publish my songs on all streaming services. I am also fortunate to have some great, talented friends in my network to help me out on creating everything from the album cover, music video, promo video, social media content, press pictures etc. I am happy and proud to have started out in the music industry by doing all of this by myself, and I think that I’ve learned a lot from it that I would’ve never learned otherwise. It has truly been a rollercoaster of hard work combined with a lot of strong emotions, but it has been all worth it. With that said, being signed by a label creates new and larger opportunities and is definitely the natural next step for me, to be able to get my music even further out and have a professional team beside me.  I am currently in dialogue with a label.

You’ve released two uplifting party tracks Vibin’ and Too Late, with a catchy, garage feel. Are they self-produced?

I am glad you found both tracks uplifting and catchy! That was the exact thought behind them when creating them. Both songs are produced by artist/producer Emil Kruse. Luckily he has a big flair for that genre as well as me, so I knew he was the perfect guy to produce the tracks after I wrote them.

If you were to ask the DJ for one track to get you on the dancefloor, what would it be?

Without a doubt, Ginuwine with “Pony”

We’re following you on Instagram and it’s clear you simply ooze cool and style. Would it be fair to say you’ve also a ‘Passion for Fashion’

Thank you! Well, it is not completely incorrectly observed. Before deciding to make music, I had a clear idea for years that I somehow would want to work in the fashion industry. After high school, I spent years with different jobs, relevant to the industry but it didn’t make me happy. I simply found out that it wasn’t for me. However, I still do have a “Passion for Fashion” Haha! I don’t think it will ever completely disappear. I love discovering brands, shopping, exploring for inspiration etc. And I surely give what I wear extra thought. But I must admit I don’t give it as much attention as I used to. I work part-time in a clothing-store now, so I still get a mini dose of that world from time to time.

What can we look forward to next from Shira Lea Mozes? An album, EP, or a single?

Right now I am spending a lot of time every week doing sessions with different producers. I am still learning a lot, discovering my sound and strengthening my songwriter skills more and more. I have a bunch full of great tracks ready, but right now my focus is to keep creating songs and make good music before I release anything new. The next single release is going to be of a more official kind, but I still don’t know exactly when it will be, but I can assure you that it will not be too long!