The art of Dim Out blossoms in latest video

Sofias’ vocals are like a full-bodied red wine, and in her debut release – Push And Pull, she writes about the frustrating game of to-and-fro in a relationship, told through the musicality of soulful/pop.

In her words
‘This is a song for anyone who’s been around the block of dating-life. That recognizable feeling when you find yourself willing to give it all to someone who doesn’t really give you much in return – just enough to keep the game going.‘

For anyone in the same situation, Sofia provides just the right amount of attitude as she concludes: There’s no true love in playing games. «I am done with that» ‘

The single is released with a well-produced video which adds another captivating dimension to her words. 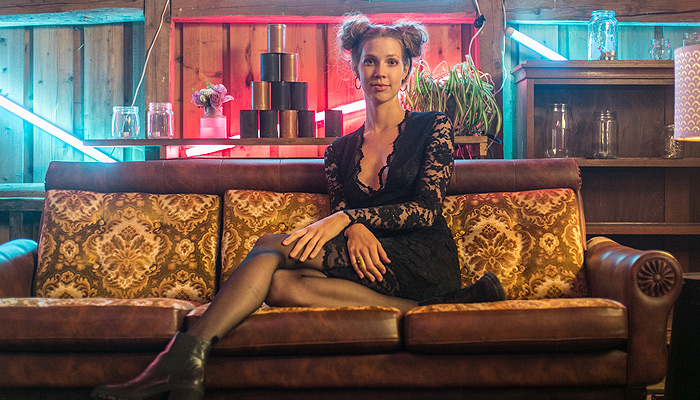 Music has been Sofia Aarvik’s passion through her entire life, a passion that comes through every time you hear her singing. Based in Oslo, Norway, she has a characteristic voice and found her inspiration in artists like India.Arie, Erykah Badu and Lauryn Hill. Sofia aims to create her very own expression best described as Nordic soul-pop. The sound of 2019 meets the best features of neo-soul in an up-to-date, modern expression.

Released in October, Push And Pull is the first single from her upcoming album “All That You Have“. Her second release arrives later this month. Full album release due April 2020 on Wingman Music.