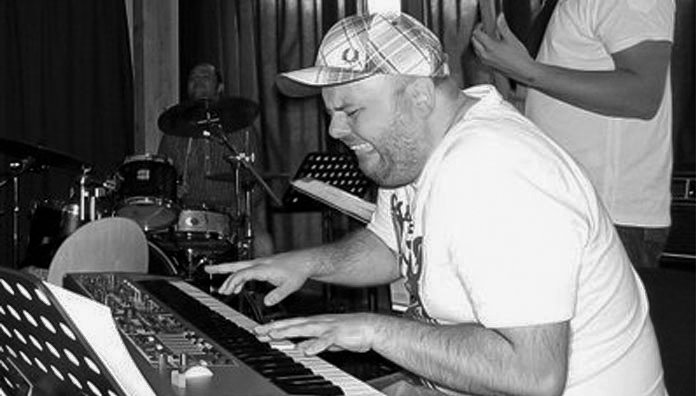 The role of a music producer can be vast and varied and there is no denying they play a vital role in nearly every song you’ve ever enjoyed. Often overlooked the producer can be the engineer, beat maker and talent spotter.

One such producer is PEO, a 33 year-old beatmaker, producer and songwriter, who hails from Kristianstad in the southern part of Sweden. Having heard some of his songs such as ‘Good Love / Impossible Love’ featuring the Swedish singer Sofie, we decided to find out more.

Hi Peo, thanks for taking time to chat to S Soul.
So how would you describe yourself? Beat maker, engineer, songwriter?Had you always planned to be a producer or was performing music your first goal?
Peo – I mostly make beats and tracks that others write melodies to. That way, I get a part of the song as a writer but also production credit. I love that role cause my beat is the foundation of the song. But I do write melodies too, mostly when I work with Mirjam and Sofie. Since I was very young my goal was to work with music. Never wanted to be a pop star or artist but sometimes I like to perform on stage with a band. But then I am a musician who plays piano and synthesizers.

What genres do you work in?
– I like black music basically. RnB, Soul, Funk, Jazz. And I make music with that vibe. But I guess there’s always some kind of pop in what I do. These days I also make electro/house beats.

It seems to me all your music has a soul vibe. Growing up, what were your influences and inspiration?
– My parents listened to The Beatles so I have that in my veins. But as a teenager I was totally into what Babyface produced. I was really inspired by him. Also R Kelly was a big influence. From them I found Stevie Wonder, Marvin Gaye, Donny Hathaway. I also love Michael Mcdonald.

You first signed to Roasting House Music in 2007?
– Yes. They found me through myspace which has helped me a lot. I really love the internet. It’s a great way to connect with other producers, writers and music labels.

You then signed to the independent soul Sundae Soul records in Germany right, who also signed Mary’s Mine. Sundae Soul records is run by the duo DJ team Andreas »Atze« Knauf & Matthias »Weller« Westerweller who seem keen on pushing soul, what’s it like working with them? Did you release any CDs and how were they received?
– A cool story is that they found Mary’s Mine through me. Pete Collins, a radio DJ, contacted me on myspace and wanted me to release my song Tonight. I said I was signed with Roasting house and maybe couldn’t do it. So I gave him a tip to look for Marys Mine. But eventually I had the pleasure of releasing three singles through their label. They are very cool guys who just love music the way I do. There was talk about me making a CD with them but it never happened. I have some songs on compilation CDs released in the UK I believe.

Why do you think labels haven’t been signing soul in Sweden, and do you feel things are changing?
It’s strange. In the 90s this kind of music was big in Sweden and amongst labels. I think of people like Titiyo, Stephen Simmonds, Lisa Nilsson. Also Robyn started out as a RnB artist. After that I think there’s been more of singer/songwriters who get signed. Don’t know if that will change. Hopefully! I don’t know if you need to be signed these days. You can basically do it on your own. Sell your music via the internet and so on.

Are you still signed to Sundae Soul records, and if not what’s your plan?
– No I’m not signed. Would love to do a new single with them though. Always a pleasure. My plan now is to make a lot of songs with other writers and try to get into the US market as a beatmaker and writer. It’s tough but doable.

You worked with Sofie and Mirjam, both are relatively unknown to many but both have super voices, how did you find them?
– Yes very talented singers! I found them through a music school in my city Kristianstad. Vocalists like that are not easy to find so I was lucky.

Sofie Bjelk, performed “Impossible Love” (prod. Peo) as the warm up act for Anthony Hamilton’s concert on the “Back To Love”- tour at Kulturbolaget Malmö, Sweden in April 2012. Can you tell me about it? Did you attend? How did Sofie get chosen?
– It was me who got her (first) on the radio in Malmö – a station called DIN GATA, that led to a performance on Malmofestivalen. More appearances led to new contacts, and I think the promoter for Anthony heard about Sofie. And because she lives in the town where Anthony played, she was asked to be the opening act. No, I didn’t attend, I only did some new mixing to the tracks.

And you’re currently based in Sweden working with Mirjam right. Can you tell us more about her and the music you’re working on?
– Yep I live in the south of Sweden in a town called Kristianstad. Been thinking about maybe moving to a bigger city but I get a lot of work done here. No distractions… I work with many people but YES me and Mirjam will cut two new tracks this summer. Really eager to start working. Both songs are soulful, groovy with a laid-back feel. Think I will try to sell them through itunes. Mirjam is a great singer and a sweet person. I think she has started teaching a bit but I hope to hear more music from her. I think she writes her own music but never released anything on her own.

Are there any Scandinavian soul artists you’d love to work with?
– Yes! Can’t give you any names but I love to work with other artists who are soulful and make music that speaks to the body and soul. I know theres a lot of talent here in Scandinavia and I’m happy to be a part of it.

Finally, does anyone call you the Kung Fu Panda of Soul?
– Haha, hmm you maybe??? Well I really like the name so feel free to do it!
And by the way, my name is Peo not Poe ….