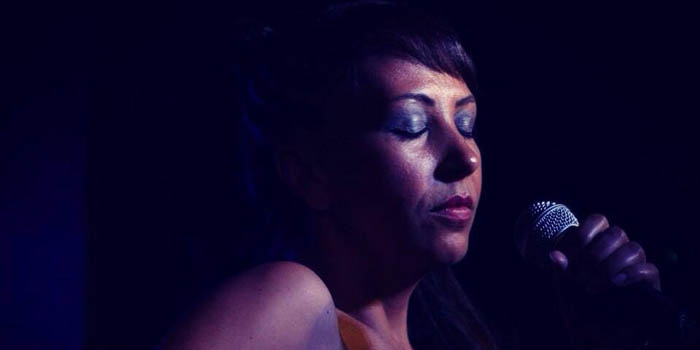 Strength of a Woman

’Oh, thanks Andy’ replied Pearl, who I can tell is smiling by her tone.

Unbeknown to me, the time I scheduled our phone chat coincided with the day of her celebration which, in some way, was perfect timing as it’s around this date that we tend to reflect on our lives and think about the future.

I’d been intrigued to know more about the Danish singer Pearl Cutten since hearing her distinct vocals two years ago. As I’ve followed her path toward her first EP release, it became increasingly clear it was a road that seems to have troubles at almost every turn, yet Pearl is a fighter who oozes strong femininity. Her debut album is aptly titled ‘The Fall and rise of a Woman’, however, with news of production problems of the CD; it’s certainly a hard road Pearl is still traveling.

Pearl moved to Denmark as a teenager from Botswana with her mother who’d married a Danish man. A few years after she arrived, Pearl knew she wanted to create music but actually began learning to dance.

‘But I always had a thing for writing. The first years here (in Denmark) were tough for me and I spent a lot of time in my bedroom writing lyrics. I had lots of problems with my family who were not really supportive of me doing music and stuff.’ 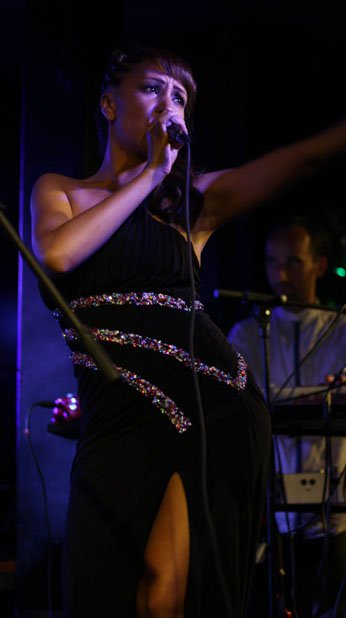 Despite their objections, her love for the creative arts was already strong and she was enrolled in theatre and plays, but life at home was becoming unbearable, so aged just 17 Pearl left home and moved to Germany.

’I’d seen an advertisement on a music magazine and these guys were looking for someone to do backing vocals in Munich. I quickly found out these weren’t the right people to work with.’

Whilst taking on any job to survive Pearl joined a Black American Gospel Choir, and it was there where she met a lady who would change her life. Her name was Joan Orleans and she took an immediate shine to Pearl.

‘She was looking for backing singers to go on tour with her and at that time my vocals weren’t strong, but she liked me, so I joined’.

Pearl enjoyed touring but there was constant problem of not feeling secure. She felt too young and uncomfortable and so returned to Aahus, Denmark to study and to give lessons as a dance teacher. Meanwhile, she continued writing music and making demos but the combination of non-serious producers left Pearl not feeling like a ‘real artist’.

Things were to take a turn for the worse in early 2006.

I almost went totally deaf. I ‘d always had a problem with my voice and I now understood what it was.

It was discovered I had a problem with my kidneys. One of my ears had been rendered deaf for a long-time, and that was why I had technical problems. But now I knew why and what I could do about it. I also had to come to terms with knowing I could never get my hearing to be 100% again.

While recovering, Pearl naturally felt depressed and confused and was about to give up when she received an offer to travel to Moscow. A chance meeting with a Russian bass player led to her being featured on an album (VFSix feat.Pearl), so by the end of 2006, she was touring across the Russian continent.

‘At the time my hearing was even worse and so I started listening to myself on the inside. When I did that I found I could stay in key, and that’s been my tool ever since. I managed to record perfectly and everything was great!’

It was an uplifting experience. It was a trip-hop type sound who performed in classy venues and the music we released was played on the radio the next day. It was a big kick for me. That really inspired me.
I suddenly saw myself as an artist.

When the bands funding expired Pearl returned to Denmark determined to create a band for her own project. Together with her friend Mads, she spent a lot of time in Copenhagen in a small apartment writing songs such as ‘You’ and ‘Private Party’. With all the songs completed and everything mixed digitally; the project suddenly came to an abrupt end when conflicts with the album’s producer came to a head.

With the album now on hold, it was another chance meeting with Claus Bongo Winther, a Danish reggae musician, which would bring everything back to life for her again.

Claus and his band ‘Re-Culture‘ brought an organic sound that Pearl had felt was missing and after the first session together she suggested making the album together.

It was like going on a first date and asking to get married!- Claus had replied’ Pearl says laughing!

Now with a studio to play from they worked on combining Pearls soulful vocals with a rhythmic reggae sound.   However, with things now seeming blissfully in place, the deal with her record company quickly began to unravel…

The completed pre-mix of Private Party was sent in June 2012 with the finished album release date set for May 2013. But by the end of May; no finished master was delivered. When it finally arrived, the mix was a complete disaster.

‘We’d paid him in advance. It’s the biggest mistake I have ever made. Since then, we’ve been going through hell. It’s been a constant battle but all this has given me an extra boost. It’s given me the confidence in myself and in my music. I’ve gone through the darkness!’ 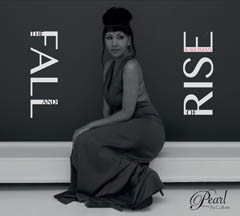 It was engineer and producer Teis Frandsen who came to the rescue successfully re-mixing and mastering the album.

However, when the CD’s finally arrived for the launch in May 2014, it was discovered the code necessary for store distribution was missing; thus leaving the CDs unsellable.

Without doubt, it’s been a long hard journey for Pearl, but the troubled album ‘The Fall and Rise of a Woman’ is now finally available.

The album title has a double meaning, Pearl explains.

Yes, about my personal life but also the feminine energy in the lyrics and in the songs. It’s dedicated to the strength of the women I grew up with in Africa. They were women who carried so many burdens. You can look in their eyes and see the hardships and strength, and I think that’s why I can carry so much and not break.