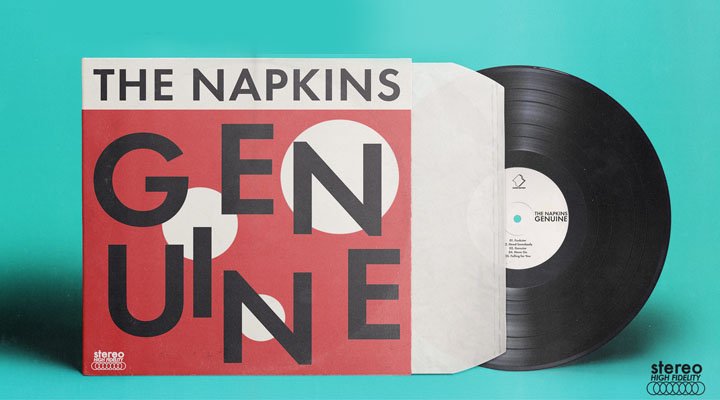 Is it just me or do so many pop artists sound very similar?

And in fact, where are all the bands?

Good question, I’m sure you’d agree. However, I’m not going to start disassembling the music business and demonstrate how the major corporations have a monopoly on all commercial music. That’s a discussion for another day.

However, I do want to talk about a band who’ve released their new EP Genuine, and a singer who’s voice cannot be mistaken for anyone else.

The band are The Napkins with lead vocals by Charlotta Kerbs.

Since I first heard the Finnish singers vocals in 2014, I’ve never mistaken her for anyone else. Comparable to UK soul singer Alice Russell, Charlotte also sings with a genuine, passionate and undeniable soul essence.

Together with the Napkins, a nine-piece soul band from Pietarsaari / Helsinki, they create an organic, retro sound. Their debut album World On a String, released in 2016 featured nine soul-inspired tracks.

I’ve got to admit; I’m attracted by the simple yet striking graphic cover design of their new five-track EP – Genuine. It’s clearly a homage to the classic 60’s covers, and the letters seem to dance above the circles.

Just like Danish band D/troit, you can judge a book by its cover, and the nostalgic style is a clear indication of the real soul-filled content.

The EP sets off at wheel spinning, burn rubber pace with the cinematic, funk-driven – Funkster. Pulsating with 70’s funk and fist-pumping attitude this feels like it made for a high-speed car chase! To prove the point, watch my (fan-made) example below:

This track does have a serious message, and the lyrics are worth your attention.

We catch our breaths as the Napkins slow to cruising speed on the sublime – Need Somebody. Charlotta’s compelling expressions connect as she declares the desire we all have, to be loved. It’s a killer track which gets better with repeated play.

The title track #3 Genuine isn’t the star of this EP and is only downgraded due to an awkward trumpet solo which jars heavily with an otherwise fine track.

Track #4 is the funk-a-licous – Move On. All lyrics are written by Charlotta’s and the roots of the Finnish soul singer are revealed when she sings ‘Move on, fight on and express ourselves’ straight from the Godfathers of Soul’s handbook.

The foot-tapping groove of the final track – Falling for You, rounds off a splendid EP. Stripped to three (Charlotta Kerbs- vocals, Mats Ödahl- bass, Lukas Djupsjöbacka- guitar) the trio’s live version (below) allows Charlotta a little more openness for her enthralling vocals to shine.

The Napkins have certainly matured from their debut album. The sound is even tighter and condensed to five tracks it feels catchier too resulting in a funking good listen.

Worth finding on vinyl and not just for the cover! 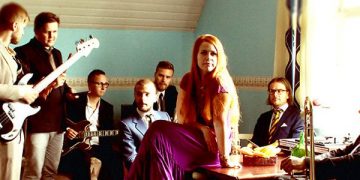 The Napkins – World on a String 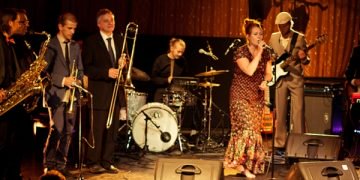